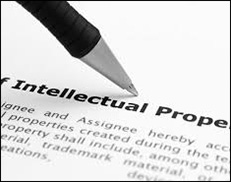 (Hypebot) – Although it's hardly at the forefront of current political issues, a recent and rather clueless piece in Business Insider regarding intellectual property and its theft from one of the members of Trump's transition team does not bode well for the music industry.

I realize that there are much bigger issues at hand right now, but those of us who follow copyright, patent and trademark policy have been somewhat perplexed about what a Trump administration might do on that front. The issue was basically entirely ignored by Trump and his campaign during election season. And because of that, you now have lots of organizations on all sides of the debate pressing Trump to simply buy into their views of intellectual property, no matter how inane.

However, I recently came across a piece at Business Insider, entitled "Why intellectual property theft is one of the biggest crimes threatening the US economy," that was so clueless of the actual issues related to intellectual property, that I went to see who wrote it — only to discover that the author, Diana Furchtgott-Roth, was on Trump's transition team (something that is not disclosed by Business Insider for unknown reasons). This does not bode well. The whole article is problematic and confused, so let's dive in.

Many assert that President-elect Donald Trump is against free trade.

Well, that's mainly because Trump himself has argued that free trade is harmful to American interests and has repeatedly argued for protectionist tariffs and other anti-free trade policies.

But standing against the theft of intellectual property and old-fashioned mercantilism, as Trump has promised to do, is an appropriate role for the chief executive. Allowing other countries to cheat us is not free trade.

So, already, we're left with a big giant "huh?" Copyright policy, in particular, is itself a leftover remnant of mercantilism. Patents and copyrights are protectionist anti-free trade policies by their very nature. Historically, patents were a key part of anti-free trade protectionist programs by governments, in which they'd give the sole right to produce certain goods to certain "friends" and block out all others. And that's what copyright and patent law today continue to do, in a slightly modernized form. They still involve central government bureaucracies handing out monopolies and the blocking of free trade. It's kind of bizarre to argue that actual competition is "old fashioned mercantilism" when copyright and patents themselves are directly old-fashioned mercantilism in action.

And, sure, allowing countries to "cheat" may not be free trade, but what do we mean by "cheating" here, because it mostly sounds like copying. And copying is actually a key part of free market capitalism, because it's a part of competition and a driver of innovation. How do you compete when someone copies you? You innovate and keep making your product or service better. That shouldn't be seen as cheating — it should be seen as competing in a free market world. Copyright and patent laws that are too strict directly impede that free market.

From there, the article gets even more inane.

People throughout the world identify with American art, music, software, and clothing designs, and benefit from American pharmaceuticals and patents.

Weird to include clothing designs in that list, since clothing designs are, somewhat famously, not protected by copyright, which has helped it thrive (thanks to competition and rapid innovation). But, more importantly, Furchtgott-Roth seems to make the totally amateur mistake here of assuming that the product output here is the same thing as "intellectual property laws." This is common among people who either don't understand the space, or who are misrepresenting the role of copyright or patent laws to push an agenda. The argument relies on the simple fallacy that because some of these things (again, notably not clothing designs) are protected by intellectual property laws, they only exist because of those intellectual property laws, and therefore, we have those laws to thank for them existing.

But, of course, nearly all of the evidence contradicts this — especially in areas of art, music and software. Those are all areas where we've seen much more creative output over the past couple of decades, even as "piracy" and infringement have increased. The reason we've seen so much output has little to nothing to do with the state of intellectual property laws, but much more to do with innovations, such as the internet and computer technology, that have made it easier than ever to create, produce, edit, distribute, promote and monetize works… without having to rely on gatekeepers.

You mean infringed. It's kind of an important distinction.

Each year, the United States Trade Representative publishes a report entitled “Special 301 Report” on intellectual property theft—yet does nothing about it.

Oh goodness. Where to start. First of all, the Special 301 Report is widely considered a total joke by basically everyone with any knowledge of it outside of the USTR. As I've said before, I've even seen the copyright maximalists at the Copyright Office mock the report. Canada has an official stance that it does not recognize the Special 301 report, because the methodology is a complete and utter joke. More recently, Chile announced a similar position.

And that's because it is a total joke. There is no methodology. Basically, the USTR allows anyone to submit their "complaints" about certain countries, and it becomes a Festivus-style "airing of the grievances" for special interests. It's mainly the MPAA, RIAA and similar maximalist organizations that go around whining about any country that won't pass their preferred laws, even in situations where those laws go way, way, way beyond what we require in the US. One of the reasons, for example, that Canada ignores the Special 301 report was that for years the MPAA got the USTR to put it on the really bad list because Canada wouldn't criminalize people filming movies in movie theaters.

From there, the USTR basically just picks and chooses whose complaints it likes the most, and rewrites the complaints into the Special 301 report. There is no data. There is no analysis. There is just the whining of the MPAA/RIAA, the USTR and what countries they decide need to be smacked down. Amusingly, if you submit a report to the USTR about how some country is abusing user rights — such as trampling on fair use — well, the USTR will completely ignore that.

Also the "do nothing about it" part is incredibly ignorant of what happens once a country is put on one of the "naughty" lists of the Special 301. At that point, US diplomats start putting ridiculous levels of pressure on those countries to change their laws. The Special 301 report was used to absolutely bully Sweden and Spain into ratcheting up their copyright laws, despite the fact that the public was totally against it in both cases. A few years ago, the US used the Special 301 to bully Ukraine in a way that likely violated the WTO.

In short, the total joke of a policy is (unfortunately) regularly used to apply strong diplomatic pressure on countries to change laws. But that's apparently not enough for Furchgott-Roth, who acts as if she just discovered the Special 301 before writing up this piece. She wants more:

America should take a tough line with countries on the USTR’s Section 301 Priority Watch List. Here are five suggestions.

Yikes. Again, the list itself is a joke based on no methodology and we already use it to apply a disproportionate level of diplomatic pressure on the countries on that list. And yet, this suggestion is to make it worse. That's not "free trade" that's good old fashioned protectionism of American goods. It's the opposite of free trade. So the crux of this plan is basically letting the MPAA/RIAA decide who the US should block all trade with. What could possibly go wrong?

And, as a kicker, Furchtgott-Roth, suggests that the fact that China has literally been kidnapping book publishers and sellers it doesn't like is a good example of how it can crack down on copying. Really.

Countries may tell us that it is impossible for them to prevent their citizens from copying our goods. But when China, for example, can make book publishers in Hong Kong disappear because it disagrees with the content of the books, it can certainly close down the fake Apple stores.

For once, I'm at a loss for words. Supporting making political dissidents disappear as a good example of how an authoritarian regime might deal with basic competition is downright frightening.

But, unfortunately, this may be what we have to look forward to under a Trump administration.