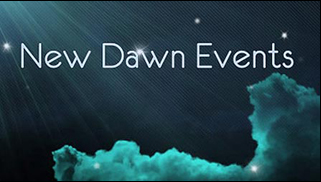 BANCHORY, Scotland (CelebrityAccess MediaWire) — A festival promoter behind a collection of cancelled festival events may face jail if he doesn't start coming up with refunds for ticketholders to the events.

According to the Deeside Piper & Herald, Brian Davies of New Dawn Events was forced to pull the plug on two events last year – Crathes Castle and "Memories of Woodstock" planned for Shrewsberry. Neither of the festivals made it to opening day and Davies pulled the plug, citing a lack of interest. However, some would-be festivalgoers who had paid up to £100 for a weekend ticket are still waiting for refunds.

After local authorities conducted an investigation into more than 60 complaints against New Dawn Events, a court enforcement order under the Enterprise Act of 2002 was granted, ordering Davies to make good on the refunds. Failure to comply with the order carries the risk of a contempt of court charge with penalties ranging from fines to imprisonment.

"This investigation and subsequent court order demonstrates that the service will take firm action to protect consumers from shoddy business. " Moray Council trading standards manager David Owen told the Piper & Herald. "Before taking court action officers invited Mr Davies to respond to the allegations made against him and gave him the opportunity to address the situation. However, despite this offer he chose to ignore our advice and we were forced to seek legal sanction against both the business and Mr Davies himself. :

Davies told the Piper & Herald that he expects to lose as much as £30,000 behind the cancellation of the festivals. – CelebrityAccess Staff Writers