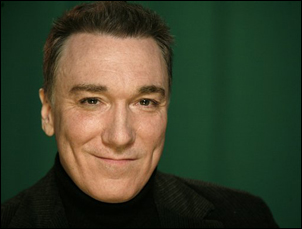 NEW YORK (AP) — Broadway's stunt-heavy, $65 million "Spider-Man" musical has experienced another technical glitch that left its lead villain dangling in midair, and the troubled production will shut down for more than three weeks this spring for an overhaul.

Lead producers Michael Cohl and Jeremiah J. Harris said in a statement Friday that "Spider-Man: Turn Off the Dark," which has been in previews for a record 103 performances, would officially open June 14. The show's opening, delayed six times, was to have opened last on March 15.

The final preview performance before the shutdown will be April 17. Performances will be canceled from April 19-May 11, with previews resuming on May 12.

On Wednesday, producers announced that Tony Award-winning director Julie Taymor would no longer direct the show, and a new creative team was brought in to change and polish the flawed musical, which has also been plagued with a series of injuries to cast members and aerial stunt mishaps.

The latest occurred Friday when the Green Goblin's flight system failed during a fight scene, leaving him hanging over the stage for about three minutes before stagehands lowered him down. It was the second time this week that a technical problem interrupted a scene with the Goblin.

The replacement of Taymor in her day-to-day duties was a stunning development for the heralded director of "The Lion King," a megahit that is No. 3 at the box office more than a decade after it opened. Taymor, known for her bold and creative artistic vision, is believed to have been pushed aside because she wouldn't accept the need for outside help and significant changes to "Spider-Man," which she co-wrote with Glen Berger.

"I was hoping that by planning for a March show it would be up to speed," said Sarah Marchitto, 31, of Linden, N.J., who spent $300 for tickets to Friday night's show as a birthday present for her boyfriend, a Spider-Man fan.

"I'm curious to see it because Julie Taymor was so attached to it," said Marchitto, adding that she would go back to see the new version when it opens in June.

After the show, she responded to a Facebook message, saying she thought the musical "was fantastic."

"Visually it was stunning and really different," she wrote. "I think the overall plot was a little disjointed so I'd be interested to see if and how they tighten it up in the revised version."

Nico Davidson, 5, had already been to see the show once and was back Friday night for his second time. "I liked it when I saw it," he said, as his buddy stood by in his Spidey shirt. Nico had some advice for the producers as they rework the show: Fix the ending. "It's too long," he said.

Though producers said Taymor, 58, would remain part of the creative team, she was being replaced as director by Philip William McKinley ("The Boy From Oz"). Also on the new team was Roberto Aguirre-Sacasa, who worked on HBO's "Big Love" and has written for Marvel comics, to help rewrite the show's script, and musical consultant Paul Bogaev and sound designer Peter Hylenski.

"Spider-Man" has music by U2's Bono and The Edge, who indicated Wednesday that they planned some new tunes for the show.

Many theater critics got fed up with the constant delays in opening the show and reviewed it last month, largely panning the musical. They did so before the show was "frozen," or no longer in previews. Once a show is frozen, no more changes are permitted and critics are invited to attend as long as they hold their reviews until after opening night.

But "Spider-Man" continues to defy critics and post impressive numbers at the box office. It was the second highest-grossing show on Broadway this week, after "Wicked," pulling in close to $1.3 million _ though it was slightly down from the week before.

Unlike "Wicked," tickets to "Spider-Man" are now available at the discount TKTS booth _ a possible reason that total grosses slipped last week.

Keith Monzen, 43, of Honolulu, who was waiting to get into Foxwoods Theatre to see Friday's show, was disappointed that the show would shut down and be changed because he might not be able to get back to New York to see the revision.

"It might be better, it might not be as good, but we're just out having a good time," he said.

Producers said ticket-holders will be able to either exchange or return their tickets for a refund, if purchased from the box office at Foxwoods Theatre or through Ticketmaster. Those who bought tickets from other vendors should contact the outlet, producers said.