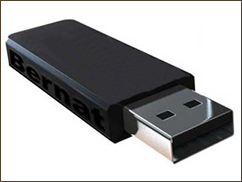 NEW YORK (CelebrityAccess MediaWire) — When Mars Volta fans went to purchase the band's latest album, "The Bedlam in Goliath" last January, they were given the option of shelling out $30 dollars for a USB storage key containing a version of the album.

The "keys", are made up of flash memory attached to a USB connector and when plugged into a computer, they are recognized as a storage device. Users can plug the devices in and listen to music directly off of the USB key or copy it to their music libraries and the kicker is that its all DRM free. In addition, the device can come equipped with special features and can even be updated later, helping artists stay in touch with their best fans.

According to Billboard, Mars Volta has joined a growing list of artists looking for innovative ways to distribute their music to fans, placing them in august company with the likes of and they join ranks with acts such as Jennifer Lopez, Ringo Starr Willie Nelson and Matchbox Twenty.

Distribution is still limited and with the price for the consumer coming in at double the price of the average CD, these devices are generally appealing only to the ardent fan have lead to the devices being employed more for promotional purposes than as a revenue stream.

One firm, Austen-based All Access has been making inroads with this new technology and has, according to Billboard, pacted with Warner, EMI and UMG to make USB Keys for a growing selection of artists.

"The selling point to the labels is a really good one — it's a marriage between merchandise and music so that people will at least buy it instead of stealing it because they want the merchandise," All Access CEO Chris Guggenheim told Billboard "It's the only for-sure non-stolen product."

Another growing trend involving these keys has been placing concert recordings on a USB key and then selling them to fans at the concert they were recorded at, a feat that would be largely unfeasible with recordable CDs. The Barenaked Ladies are credited with starting this trend in 2005, but since then, artists such as Willie Nelson and the Black Crowes have also given it a whirl.

Look for Erykah Badu to go USB with the release of her latest album "Nu AmErykah", later this month. – CelebrityAccess Staff Writers