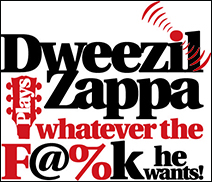 LOS ANGELES (CelebrityAccess) — The children of the late, great Frank Zappa have come to legal blows over their father's legacy.

Diva and Ahmet Zappa, who run the Zappa estate, have filed a lawsuit against their brother Dweezil, alleging that he's spreading lies that cast their father in a negative light.

In legal documents obtained by TMZ, Diva and Ahmet request that the court allow them to start a website to counter Dweezil's claim that they are trying to destroy his career by blocking him from performing his father's work.

The court filing is the latest in an ongoing dispute that erupted last year when Ahmet and Diva filed suit against Dweezil, alleging that his tour Zappa Plays Zappa infringed on copyrighted works. Dweezil later renamed his tour as the Dweezil Zappa Plays Whatever the F— he wants: Cease and Desist Tour 2016.

Ahmet and Diva maintain that they did not block Dweezil from the Zappa Plays Zappa tour, offering him the right to tour under that name in exchange for 10% of gross receipts.

The legal civil war comes after the death of family matriarch Gail Zappa died in 2015, passing control of the family's trust fund to Ahmet and Diva, leaving Dweezil and Moon as beneficiaries.

CelebrityAccess's Larry LeBlanc did an in-depth interview with Gail in 2014. – Staff Writers