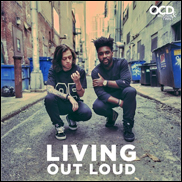 PHILADELPHIA (Hypebot) – A Q&A with independent hip hop duo OCD: Moosh and Twist’s attorney and interim manager Eric Cohen, who along with partner Michael Silver, led the group’s first EP “Living Out Loud” to debut at #1 on a recent Billboard heatseeker's chart.

So what did it take?

To debut at number one, the Soundscan generally has to be in the 2500 to 5000 range in the first week, and that can vary up or down depending on the relative competition in any given week.

How does this compare to past releases by the group?

This is the first EP/album release for the duo on iTunes. Previously, over Fall/ Winter 2013, they released a single on iTunes called "All that I Know" that features Hoodie Allen. This song is now also on the current EP. Hoodie's participation was a very generous favor in connection with OCD being the featured opening act on Hoodie's "Party with your Friends" tour that sold out nationally in 1500- to 3000-capacity venues.

Before that, all releases were mixtapes, which according to Dat Piff, the main site featuring it, and the only relevant site where downloads and metrics are readily available, their combined mixtape downloads are over 100,000, and streams are near that number as well. You can still get all the group’s mixtapes on their website.

What sort of social network traction does a group have to have to pop on the chart like this?

What else have they done to get this far?

Blogs, blogs, blogs! If you Google Moosh and Twist, you will see tons of blogs that have picked up on them entirely on their own, many of which post and "re-distribute" the mixtapes. And in particular, Good Music All Day (GMAD), which is one of the bigger, more influential college-oriented blogs, has been a strong supporter since day one.

The "strategy" has always been about first getting the music out there, letting it do the talking, encouraging fans to spread it around… giving it away to build audience and a touring base. The guys did not feel they were "worthy" of selling anything until they had first earned their fanbase and the respect of their fans.

What are you doing differently for this EP?

Being on CD Baby helped tremendously. As our fan story began to grow, that brought the EP to the attention of iTunes during our pre-order period. Their customer reps also helped set up special pricing. iTunes ended up putting the EP into New and Noteworthy on their main Hip Hop page and spotlighted it in the Indie section. As sales traction picked up, this lead to similar mentions on the main splash page at iTunes.

The marketing is mostly being driven by the music itself; putting up good videos prior to releases, and from the dedication of the loyal fan base that the guys have built via social media and almost three years of touring prior to this. Everything the guys do on social media is genuine. It's always them interacting, personally. Nobody ever posts anything other than Moosh and Twist themselves.

Touring has been key. Our agent, Josh Rittenhouse at APA Talent Agency—together with Josh Hummiston and the rest of the APA team—is passionate and dedicated and gets it. APA has been on the team since the Hoodie tour that started last Fall. And prior to that we worked with Matt Adler, who at the time was at the Nue Agency. Matt was also instrumental in getting the guys out on some great lifestyle tours and with introducing the guys to the college market.

So where is revenue coming in now that they have this charting debut EP?

As mentioned, touring is key. Our current “Living Out Loud” club and college tour going throughout the U.S. this spring and summer is our first real headliner effort. And it’s going great with awesome audiences and strong merch sales.

For YouTube, the duo is now partnered with Maker Studios. As a result YouTube is developing into a nice revenue source as views and subscriptions increase.

Since this is really the group’s first commercial release, we can only guess how things will break down. iTunes will probably be dominant for the record. Spotify will probably be a distant second. Now that we're distributing through CD Baby, we're excited to see what being on Pandora and Spotify will bring to the overall equation. It’s hard to say at this point. We don't expect many brick and mortar sales at this stage.

Up to now, our biggest current revenue sources are touring and merchandise. We are looking to also diversify this year into some possible branding opportunities and music placements.