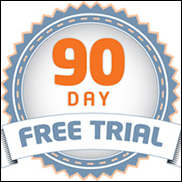 (Hypebot) – When it launches on June 30th, Apple Music will offer a 3 free month trial; and Apple contracts leaked to Hypebot show artists and labels won't receive any compensation for the music consumed during those trials.


During Apple Music's launch announcement, presenters touted a generous three month free trial period for its new streaming music service. But when it launches on June 30th, artists, labels and other rights holders will not receive any compensation for the billions of songs streamed by the millions likely to take advantage of Apple's three free months.


A clause in the Apple Music contract shared with Hypebot states that no royalties will be paid during the trial.

"Fees for Trials and Comp Accounts. For the sake of clarity, for Trial Users, and for Comp Accounts that ITUNES provides on a gratis basis, no license or royalty fees, including Fees, will be due to COMPANY."

["Comp Accounts" refers to free accounts for media and some in the music industry.]


Spotify says it needs its free tier to attract new users, some of whom convert to paid; and new numbers that show it has more than 20 million paid subscribers adds weight to their argument. CEO Daniel Ek recently shared that 67% of free users that convert to paid decided within the first three months. But Spotify and other music streamers that offer free streaming tiers compensate rights holders based on a portion of advertising revenue. As one music industry insider familiar with the Apple Music contract told Hypebot, "Any way you slice it – no food on my plate!"