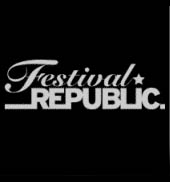 LONDON (CelebrityAccess MediaWire) — UK festival producer Festival Republic, the company behind the Reading, Leeds and Latitude festivals, has announced some change-ups in its booking staff.

Neil Pengelly, who's booked talent for the Reading and Leeds festival for almost 20 years, has stepped down. Pengelly joined the company in 1990 to book venues around London. After booking the comedy and second stage at Reading he took over booking all the music stages at Reading in 1994 and subsequently Leeds. Over the years, Pengelly has booked 2,500 bands for the festival, including 94 headliners such The Foo Fighters, Gun’s n Roses, Stone Roses, Rage, The Strokes, Eminem, 50 Cent.

Pengelly has said that he will stay on through October and then in an advisory role until March, 2013 as his yet-to-be-named successor settles in.

Also exiting the company is Latitude Festival booker John Dunn, who is heading to All Tomorrow's Parties. Replacing Dunn is Natasha Haddad, previously a programmer for the MAMA Group. Hadadd joins Festival Republic at their London offices starting full time on October 31st.

Natasha has worked across a variety of festivals including Wilderness, Lovebox and The Great Escape, the latter of which she has programmed over the past three years, and also worked as a promoter for Mean Fiddler. Natasha will bring not only her experience in booking large scale events, but a fresh outlook on Latitude 2013 onwards. – CelebrityAccess Staff Writers