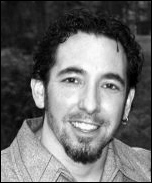 In this newly created position, Bragin will be responsible for curating the popular Midsummer Night Swing and Lincoln Center Out of Doors festivals held on Lincoln Center’s public plazas each summer. Additionally, he will work throughout the year on select public programming including special upcoming 50th Anniversary events in 2009-2010, and other selected projects.

In issuing the announcement, Jane Moss, Vice President, Programming, commented, “We wish to unify the curatorial vision for our outdoor programming festivals – Midsummer Night Swing and Lincoln Center Out of Doors – especially in light of the current transformation of Lincoln Center’s public spaces. Bill’s encyclopedic knowledge of the international music scene will ensure that the hundreds of thousands of people who come to Lincoln Center each summer will have outstanding, diverse artistic experiences in a new, welcoming outdoor environment.”

Throughout his career, Bragin has presented a who’s who of the music world, from Brazilian, Latin, African and Asian artists to rock, jazz, hip-hop, country, electronic and new music, as well as modern and ethnic dance and spoken word events. He has served as Director of Joe’s Pub at The Public Theater since 2001 where, during that time, he was dubbed by Time Out in 2005 as “New York’s Finest Music Booker.” While at The Public Theater, he presented more than 3,000 concerts, introduced the Joe’s Pub in the Park concert series at the Delacorte Theater in Central Park, developed ongoing contemporary dance and family programming, and initiated the Public's acclaimed new rock musical Passing Strange, which will transfer to Broadway in February 2008. In 2004, he co-founded the annual globalFEST world music festival/showcase, presented with World Music Institute and World Music/Crash Arts, in order to expand the role of world music in the Performing Arts field in North America.

Davis marathon. Previous experience includes working in a programming and production capacity for various festivals at George Wein's Festival Productions and managing the launch of Allen Toussaint and Joshua Feigenbaum's NYNO record label. He began his career as director of the Alternative Concert Series at Haverford and Bryn Mawr Colleges. Bragin has also consulted on a variety of music and performing arts projects including Lincoln Center Festival, the TED Conferences, the Abril Pro Rock Festival and worked with choreographers Susan Marshall, Wally Cardona and Ben Munisteri. He also dj’s internationally as part of the GlobeSonic Sound System, spinning hybridized world/electronic music under the moniker Acidophilus. – CelebrityAccess Staff Writers