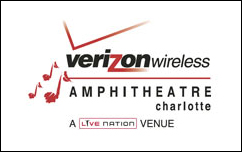 
Live Nation has already put amphitheaters up for sale in Indianapolis, Nashville, Columbus and Sacremento, with all projects being marketed by commercial brokerage firm CB Richard Ellis.


In a recent report on Live Nation, Goldman Sachs Group Inc. analysts reported that the Charlotte venue is likely the next sale to be explored by the concert giant, followed by the 29,500-capacity New England Dodge Music Center in Hartford, Connecticut, according to the Charlotte Business Journal.

Live Nation spokesman John Vlautin told the paper that the company has no plans to sell the shed, but sources familiar with the situation have claimed that the company is already looking into its potential sale value.

In industry expert familiar with Live Nation’s strategy predicted an additional eight to 10 amphitheaters will go on the block soon. The Goldman Sachs report says Live Nation “has quietly initiated a string of actions that demonstrate (its) stated intent to move away from operating venues in non-core markets and increase exposure in high-growth venues.” –by CelebrityAccess Staff Writers