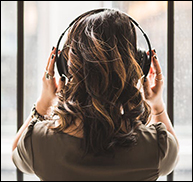 WASHINGTON D.C. (CelebrityAccess) — In a ruling issued on Saturday, the Copyright Royalty Board announced that they were increasing songwriter rates for interactive streaming by 44% over the next 5 years.

Over the time period, the rate increase will see revenue aid to songwriters rise from 10.5% to 15.1% — the largest such rate increase in CRB history.

Additionally, the CRB removed the Total Content Cost (TCC) cap, giving publishers the benefit of a true percentage of what labels are able to negotiate in the free market resulting in significantly higher royalties for songwriters. The CRB also increased the TCC rate, bringing label and publishing rates to the closest point of parity n the history of mechanical licensing.

As well, the CRB granted a late fee which will dramatically alter the licensing practices of digital music companies.

The revised rates follow a legal battle between the National Music Publishers’ Association and the Nashville Songwriters Association and tech companies such as Google, Apple and Spotify that began in 2016 and was resolved in March after review by a permanent panel of three royalty judges appointed by the Librarian of Congress to oversee terms and rates of writer royalty payments for sound recordings.

The rate increases, which start this year with an adjustment of 11.4 percent of revenue or 22.0 percent of the total content cost, may have the greatest impact on streaming services such as Spotify.

While Spotify, along with other streaming music companies are an increasingly important part of the recorded music ecosystem, the company has struggled for years to generate a profit. In 2016, Spotify reported a net loss $601 million, more than double the $216 million net loss they reported in 2015. The company also faces a number of high profile lawsuits over licensing, with the most recent being a $1.6 billion suit brought against them earlier this month from Wixen Music Publishing.

“We are thrilled the CRB raised rates for songwriters by 43.8% – the biggest rate increase granted in CRB history. Crucially, the decision also allows songwriters to benefit from deals done by record labels in the free market. The ratio of what labels are paid by the services versus what publishers are paid has significantly improved, resulting in the most favorable balance in the history of the industry. While an effective ratio of 3.82 to 1 is still not a fair split that we might achieve in a free market, it is the best songwriters have ever had under the compulsory license. The court also decided in our favor regarding a late fee which will force digital music services to pay songwriters faster or be subject to a significant penalty. The bottom line is this is the best mechanical rate scenario for songwriters in U.S. history which is critically important as interactive streaming continues to dominate the market.

“The decision represents two years of advocacy regarding how unfairly songwriters are treated under current law and how crucial their contributions are to streaming services. We thank the songwriters who shared their stories with the court and helped illustrate how badly these rate increases are needed. While the court did not grant songwriters a per-stream rate, the increases in overall rates and favorable terms are a huge win for music creators.”