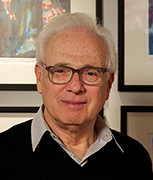 When principals Larry Magid and the Spivak Brothers first opened The Electric Factory at 22nd and Arch Streets on Feb. 2nd, 1968, the venue debuted with performances by The Chambers Brothers and Woody’s Truck Stop in front of a packed house of 2,500 people.

“When we first started in 1968, there were no full-time rock radio stations yet in Philadelphia. No WMMR, WYSP or WDAS-FM. It didn’t stop us bringing in Jimi Hendrix, Janis Joplin, Frank Zappa, The Grateful Dead, Jefferson Airplane or Cream for multiple shows. We had to create a street buzz throughout the area that helped us sell out our shows and build spectacles,” said Magid.

After putting on over 17,000 shows including the historic Live Aid and Live 8, and bringing the Amnesty International Tour, Farm Aid, Rock The Vote and United We Stand concerts among others which together raised over $120,000,000, Electric Factory and its related concert businesses have helped to put Philadelphia on the map.

That nearly was not the case and the venue faced an early attempt by Philadelphia Mayor James Tate and Police Commissioner Frank Rizzo to shutter the venue.

Possibly the most important thing we have ever done was to stand up to City Hall and protect our first amendment rights and those of a new generation,” said Electric Factory co-founder Larry Magid. “It took two years to win, but it heralded in a new era.”

To mark the anniversary, Magid announced that he and his wife Mickey, have endowed several scholarships to Temple University for their world renowned Arts Curriculum including $1,000,000 scholarship each in the names of Bruce Springsteen, Billy Crystal and Bette Midler. There are eight other annual scholarships, all for deserving students needing financial assistance.

In addition, they have matched Philadelphia Eagles defensive end Chris Long’s contribution of his year’s salary to various scholarships. This matching donation will also go to students wishing to attend Temple.