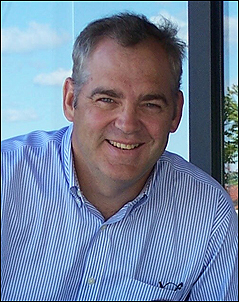 McKay came to the music business through an unusual route and he took a turn as a Connecticut State Trooper and also served his country in the Connecticut Air National Guard as an A-10 "Warthog" ordinance tech.

Steve got his start in the music business at his parent's Hartford eatery, the Municipal Cafe. Steve began to book bands at the cafe on off-hours and weekends and succeeded in transforming the luncheonette into one of the Northeast's best-known "underground" venues. Music at the Muni ran the gamut from reggae and blues to alt-rock and raves and featured both up-and-coming local bands and national acts.

Steve then branched out into promoting with his own company, Mad Murphy Productions, which focused on producing large outdoor festivals in the northeast, including the popular annual Camp Creek Music Festival featuring the legendary jam band Max Creek, which Steve was managing at the time.

While at Summerwind, Steve booked performers such as Dave Brubeck, Winton Marsalis and a host of national acts until the roof of the PAC was severely damaged during a snow storm, rendering the venue unusable for several seasons.

"When the roof collapsed, a series of things happened that gave me a chance to take stock in where my career path had taken me. I knew I was at my best when I was working under my own terms. The roof collapsing opened up opportunities, including meeting the right kinds of people, and one day I recognized a real nugget of an opportunity. With my family¹s encouragement, I decided to start Euphoria Event Solutions LLC. That was several years ago. The company has grown into one of the leading providers of unique Saddle Span Tension Structures in the U.S. The nice thing about working for yourself is that you can work just as hard as you want and the rewards are much more personal. There¹s still a few late nights, but not quite as many," Steve said.

You started off as a police officer with experience as a member of the armed services, how did you find your way into the entertainment business?

Actually, if you look at my career trajectory it all sort of makes sense. After I got out of the State Police I needed something to keep the adrenalin flowing. So, I decided to sink my teeth into a bar/music club. I was not interested in becoming a bar tender (I am inherently shy) but enjoyed the rush of building a cool music club from scratch. To me, the thrill was booking the bands and working with the artists to create our own unique vibe. Our club truly was a place where the music mattered. We tried to present the best possible talent and turned our audience onto some fantastic original music.

You turned the Municipal Cafe (The Muni) into a popular live music destination in Hartford?

Yes, to be fair our entire family was responsible for that success. My folks ran the restaurants part of the business. My uncle and sister ran the catering end of the operation which left me free to manage the nightclub. Being that I burn water, it was probably a good idea for everyone concerned to keep me out of the kitchen.

What was the biggest show you promoted there?

Heck, we put on over 2,000+ original shows, everything from raves to rock and Zydeco. I hate to pick just one. However, I can say that one of my personal favorites was Clarence "Gatemouth" Brown. That man could walk on musical water. The thing I enjoyed about the club was hanging out with the artists and musicians after the show and trying to find out what makes 'em tick, what caused a man like Mr. Brown to stay on the road for 50+ years?

You worked as the executive director at SummerWind Performing Arts Center, how did that come about?

Well, after years in the club I had moved on and become the ED over at Cheney Hall Performing Arts Center/The Little Theater of Manchester. While at work I received a call from a person doing a feasibility study on a proposed new venue in the town of Windsor, CT. They had heard that I was a good resource in the live music industry and I helped them draft an operating outline. Shortly thereafter I received a call from the Windsor Town Manager who surprised me by offering me the Executive Director position of the then un-named non-profit venue. I was excited by the challenge of raising a million dollars to build, book and market the 6,000 person capacity venue in less than 9 months time. Looking back on it now it does not seem possible but we pulled it off and SummerWind was born. Unfortunately a severe winter storm put an end to the venue via a major structural collapse of the custom fabric roof system.

What are some of the concerts/tours that Euphoria's provided production services for?

Lollapalooza, The NCAA Basketball Finals, NCAA Baseball World Series, AT&T and the Bloomberg Company are some recent clients. We do a lot of festivals, corporate and symphony work.

What are the advantages of a Saddle Span tent?

First off, the Saddle Span tent is the sexiest stage cover in the world, the structure's acoustic projection simply can't be matched and it can even carry a decent lighting package on the internal truss system. Not bad for a 3,000 sq ft. tent that sets up in about 3 hours.

You've got a lot of experience as a promoter, have you ever thought about promoting an event through Euphoria?

Absolutely, I think I still have a few big shows still in me. I am actually looking at a 15,000+ person capacity site in upstate NY and another festival site out on the west coast. I am still working on the monotonous financing end of the deal, but I will make it happen.

What are some of the changes you've seen in the touring industry in recent years?

Massive industrialization of the concert live music industry. I am all for making money but gee whiz, with the big boys owning radio stations, ticketing, venues etc. It makes it awfully hard to compete for talent. I think fans are starting…no fans ARE sick of being taken advantage of and are simply giving up on overpriced, over-hyped live shows where they are treated like cattle.

What's your take on the music downloading debate?

I think that once the radio waves/signal is in your home you own it!

The Breeders, Ray Lamontagne, Clap Your Hands and Say Yeah, Shinedown, Beck. Don't tell my kids but I also sneak-listen to PINK!

What do you foresee being the next big trend in the industry?

Development of unique unsung artists such as AI's recent sensation Susan Boyle are going to find their way to the audience via the web. True talent will always rise to the top the internet just makes it easier to cut out the middle man.

What advice would you give to someone starting out in the industry?

Don't get stuck in the farm team. You've gotta move if you want to grow.

Starting Euphoria Event Solutions. I have truly found my calling and this line of work fits my lifestyle and personality perfectly.

If I had to do it all over again, I would…

Study to be a film director. I have always wanted to write and direct a movie.

I really enjoy working with so many creative, interesting and motivated people in this industry.

What essential tools do you use in your business?

Any projects on the horizon that you'd like to talk about?

Euphoria Event Solutions has just added a brand new state-of-the-art TopTent to our rental inventory. This new rapid deployment tent is going to change the portable structure industry. The hydraulic driven unit covers 2,000sq ft and sets up in 15-20 minutes. There are only 12 of these amazing units in the entire world, and we have one of them and are looking to put it to work in the special event market.