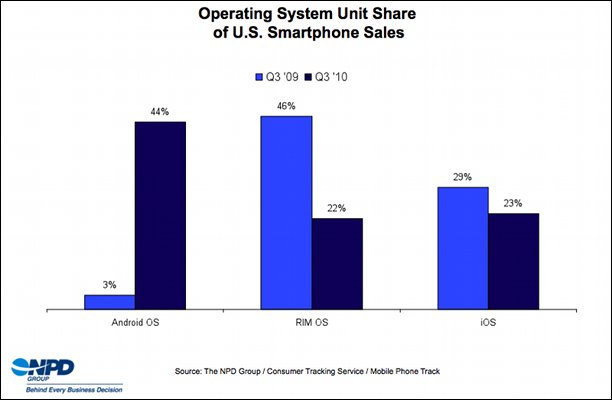 NEW YORK (Hypebot) – Think you can cover the marketplace with just an iPhone app? Think again.

A new NPD Group survey, which probably isn't making Steve Jobs the most fun guy to hang out with right now, shows Android’s OS was installed in 44% of all smart phones purchased in Q3, an increase of 11% over Q2.

“Much of Android’s quarterly share growth came at the expense of RIM, rather than Apple,” said Ross Rubin of NPD.