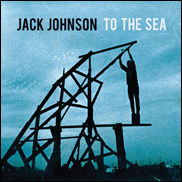 PERTH, AUSTRALIA (CelebrityAccess MediaWire) — Jack Johnson announced the Australian dates for his 2010 tour to showcase his forthcoming fifth studio album, “To the Sea.”

This year, Johnson’s All At Once campaign will collaborate with hand chosen local charities in Australia and around the world to continue his efforts to support Sustainable Local Food Systems and Plastic Free Initiatives according to his official website. As in 2008, Jack Johnson will donate 100% of his tour profits to charity and tour proceeds will go to these groups to support their projects.

“To the Sea” will be released June 4, which is also when tour tickets become available.