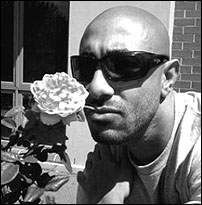 SURRY HILLS (CelebrityAccess MediaWire) — According to a report by the St. George & Sutherland Shire Leader that Rob Hazkiel, front man for the hip-hop/soul act Kid Confucius, was attacked and beaten by an "agitated" man he encountered on the street outside of a Surry Hills restaurant on April 6.

Kid Confucius was forced to postpone a number of gigs on their tour, including the Brass Monkey on Friday the 13th (rescheduled to May 3rd) Leederville Hotel on April 20, Settlers Tavern on April 21. The band was set to tour in support of their new release "Stripe."

As a consequence of the attack, He suffered a concussion and a broken leg that will require six weeks of rehabilitation to recover from. – CelebrityAccess Staff Writers