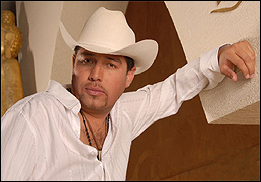 GUADALAJARA, Mexico (CelebrityAccess MediaWire) — Musician Carlos Ocaranza, better known as the Grupero artist El Loco Elizalde, was gunned down outside of concert in the Mexican city of Guadalajara on August 16th. The attack also left his agent seriously wounded.

According to the Times, Ocaranza was leaving the bar after performing when he was confronted by two men who shot him in the head and chest, killing him instantly. Ocaranza's agent Jorge Altamirano Pelayo, was also critically wounded in the attack and transported to a nearby hospital.

Grupero singers, who's songs are often ballads about the exploits of narco-traffickers, face a dangerous audience in the increasingly violent US-Mexican border. The Times reported that Ocaranza had just finished performing his latest, lyrics which had been commissioned by a drug kingpin, when he was ambushed.

Ocaranza's relative, the more widely-known Valentín "El Loco" Elizalde, was also gunned down by suspected drug traffickers in 2006 and his former publicist Roberto Ignacio del Fierro Lugo was subsequently gunned down as well. Other murdered Grupero performers include Sergio Gómez of the Grammy-nominated band K-Paz and 28-year-old vocalist Zayda Peña Arjona, who was gunned down in her hospital bed while recovering from a previous attack.

This year, more than 4,000 people have been killed in the increasingly-violent drug war with 33 people reported as killed along the border on the same day as Ocaranza. – CelebrityAccess Staff Writers