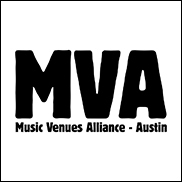 Headed up by attorney Rebecca Reynolds, the non-profit alliance's stated mission is to "protect and improve the city's music culture" and the organization claims that 30 venues in the market have already signed on.

“Here in Austin, we have been following the work of Music Venue Trust and the Music Venues Alliance in the UK with huge interest. The problems they are describing resonated very clearly with us here.

"Although we have our own unique drivers for what threatens the future of Austin music venues, the core challenges are the same; gentrification, rising rents, a lack of cultural acknowledgement and respect for the work they are doing, and a music industry that needs to start backing these spaces if they are to continue to develop new and emerging talent. We found the work of MVT inspiring, and the progress they have made in such a short time amazing," Reynolds said.

One of the first goals for MVTA will be a dramatic reduction of the state's liquor tax for venues that serve alcohol and prominently feature live performances.

“Reducing the (liquor) tax rate is absolutely a priority, and the argument is that grassroots music venues are a cultural asset that are being overregulated,” Reynolds told the Austin Monitor. “Don approached me about this because I was already trying to engage with venues to work together to have a more solidified voice at City Hall and in the legislature.

“After our first meeting with some venue owners and managers and talking about all the struggles they face, it became clear that the best thing to do is to become the first chapter of the MVA,” she added. – Staff Writers