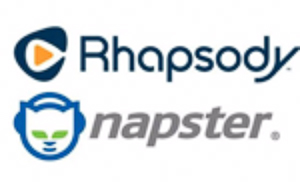 (CelebrityAccess MediaWire) — Napster will release its groundbreaking Napster To Go technology and unveil its new Napster 3.0. Napster To Go, the world's first portable subscription service, which lets consumers move an unlimited amount of songs from Napster's million plus catalog to compatible MP3 players, for one, low monthly fee of $14.95. Napster To Go marks the most significant milestone to date in the rapidly-growing digital music industry and makes costly download-only stores seem antiquated by comparison. The release will be accompanied by a major $30 million marketing campaign supported by strategic alliances with leading consumer electronics manufacturers Creative, Dell and iriver.

"Napster To Go provides infinitely greater value and is much more exciting than the iTunes pay-per-download model," said Chris Gorog, Napster's chairman and CEO. "This is what consumers want and Napster is once again proud to lead the industry by being the first in the world to offer this revolutionary new way to enjoy music."

"The combination of a subscription service like Napster To Go and one of Creative's portable music players, like the award-winning Zen Micro, opens up a whole new paradigm for music discovery," said Mark Adams, vice president of sales and marketing for Creative. "It's so much fun to go through the Napster catalog of over a million songs and fill up your Zen Micro. You can mix tunes from favorite artists, albums, or choose some completely new music — it's like being your own personal DJ."

"Offering our customers the greatest freedom in choosing online music services was fundamental in designing the award-winning H10 5GB player," said Jonathan Sasse, president of iriver America. "By supporting the innovative Napster To Go service, we are confident that our customers will see real value in Napster's music subscription service." –Bob Grossweiner and Jane Cohen