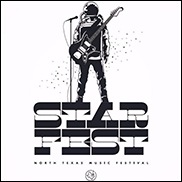 PLANO, TX (CelebrityAccess) — With just three weeks to go before the first curtain is due to go up on the inaugural edition of the event, Starfest Music Festival has lost its venue.

Planned for September 8-9, the festival was originally planned to take place at Oak Point Park and Nature Preserve in Plano, Texas but on Thursday, the City of Plano announced that it was terminating its contract with Starfest’s promoters.

“The City of Plano has decided to terminate our contract with the promoters of the Starfest Music Festival, planned for September 8-9 at Oak Point Park and Nature Preserve. We believe the cancellation of this contract is in the best interest of the City and our community,” the city said in a terse statement.

Festival co-founder David Taylor told the Star-Telegram that the city backed away from the event over a clause in the contract that requires the event to provide a 48-hour notice before announcing any artist booked to play at the festival. Taylor acknowledged that the clause had been difficult for festival organizers to comply with.

The festival has appeared to struggle with the lineup, which is billed as 60 artists over two days. On Thursday, a scant three weeks before the event was to get underway, just 10 acts, including Lil’ Wayne, Flo Rida, and Machine Gun Kelly had bee announced.

Taylor told the Star-Telegram that he three co-founders of the event initially conceived of the festival as a 'pop up' event, where half of the lineup would be kept secret until the day of the event, however, Taylor told the newspaper that filling out the lineup had been challenging. Taylor claims that one unnamed booking agent took $250,000 from the festival, but "gambled it away" and another promoter has sued the event over alleged commissions, the Star-Telegram said.

Taylor declined to comment on how many tickets have been sold for the festival but said he is actively seeking a new venue in the Dallas-Forth Worth area.