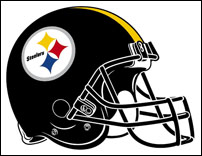 PITTSBURGH (CelebrityAccess MediaWire) — The Pittsburgh Steelers will likely look to the public for help in paying for a new $10 million entertainment complex the organization hopes to build near Heinz Field.

According to the Pittsburgh Post-Gazette, the team hopes to have the deal completed and moving forward by the end of March. The proposed complex would include an amphitheatre that provide covered seating for about 2,000 patrons and play host to concerts, festivals and other events.

Four years ago, the team had applied, and been approved for a $4 million dollar subsidy for a larger scale project in the same vein, that had been intended for the same spot, The team eventually abandoned their original 5,600 capacity shed plans when they were unable to settle on a promoter or hammer out the financial details. The grant ended up being used to help fund construction of a new parking facility.

Just how much money the the team and their developers are seeking is not entirely clear at this point. "We had $4 million moved over to the garage. I think we need that same amount." Frank Kass, chairman of Continental Real Estate, the firm developing the land between the Stadium and neighboring PNC park told the Post-Gazette.

The team and their developers are hoping to get the project on track for this year and AEG has been mentioned frequently as a possible partner in the deal. Negotiations are still underway however and Kass has stated that there may be room for other venue operators as well. "We're working with a couple of different operators, zeroing in on what it is and who is going to run it," Kass said. – CelebrityAccess Staff Writers