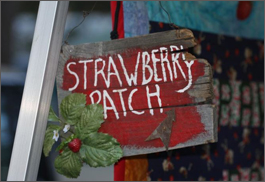 CAMP MATHER (CelebrityAccess MediaWire) — Organizers for the Strawberry Music Festival, have been forced to cancel the event as the massive California Rim fire continues to rage nearby.

The three-day camping festival had been planned for August 29th to September 2nd, with a lineup that included The Mavericks, Hot Buttered Rum, Mary Gauthier and The Del McCoury Band among others.

In a post on the festival's website, organizers indicated that it may be possible to reschedule the event, but that any such decision would depend on how quickly they could recover from the effects of the fire.

"The possibility of rescheduling the festival cannot be considered until the Rim Fire is contained, roads are opened, utilities restored, and most importantly our friends and neighbors have returned to their homes. In the meantime, please remain patient as we promise to keep you posted.

To all of the Strawberrians scattered around the state, country, and world, your many kind words and thoughts have been greatly appreciated, and we feel VERY fortunate to belong to such a compassionate community! We have grown to love this place together and share your concern for Camp Mather, as well as your support for the firefighters and residents affected by the Rim Fire. Your response to this situation overwhelmingly illustrates that the Strawberry Way lives beyond the festival in each and every one of us!" – Staff Writers