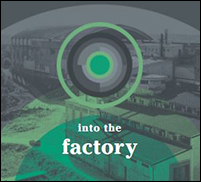 STOCKHOLM, Sweden (CelebrityAccess) — A Swedish EDM festival ran into insurmountable headwinds and was ultimately canceled after police revoked its permit over safety concerns related to the event's venue.

The Into The Factory Festival, was set to take place in Stockholm, Sweden, from August 10-12, in a venue called Stora Vika, an old industrial complex in the southern part of Sweden.

However, Swedish police put the kibosh on the event over safety concerns about some of the tall buildings at the festival site, and over the amount of police that would be required to provide adequate security for the event.

This is a truly beyond sad letter from Music Goes Further and the festival team. Making dance events in Sweden has always been a struggle, battling with the police and other authorities eager to make our culture an example on the local war on drugs. All preparations for Into the Factory have had normal challenges, but mostly have been a constructive and progressive process, up until just a few days ago when police stated that they will veto the festival permit. [The police argued] that it will be impossible to produce a safe event. That people would die from drug overdose and from climbing and jumping off tall buildings in the festival area. They also stated that it would take an unreasonable number of police to secure a safe event. All in all, leaving us now with no option to proceed with the festival. This means Into the Factory 2017 will be cancelled.

This is by far the worst day in our more than 20 years as producers and as activists for our beloved culture. We are absolutely devastated and this will be sadly remembered as our last attempt ever to try and build a festival in our homeland Sweden.