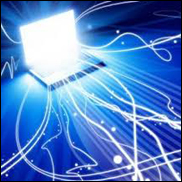 
The twentieth century was all about scarcity, making it to the top and then dominating. Today there's so much information that you feel inadequate. It's an endless buffet that never closes where you find yourself unable to resist taking one more bite, yet still believe there's something you don't know. Distribution used to raise certain elements above, if it was in the paper, if it was on TV, it was important. Now it just has to be on the Internet, and anybody and anything can be on the Internet.


Used to be you only had to compare yourself to the people in your neighborhood, you drove a Chevy, they piloted a Cadillac. Today you compare yourself to everybody in the world. There were always princes, always oligarchs, but now you know their names and want some of what they've got. Even worse is those people with the Cadillacs… Now you can peer into their lives via Facebook and other social media. The somewhat rich flaunt it and you sit at home snickering that you haven't got it.

We see their slim, perky bodies everywhere and they seem to be the only people who can figure out the new technology, and they're always on to something new, whether it be Instagram or Snapchat or… You may wear skinny jeans and diet yourself down to nothing, but deep inside you feel that you're missing out, that you don't know what's really going on.


AMPING UP OF PUBLICITY


Since it's so much harder to reach people with your sales pitch, those with money marketing products employ a scorched-earth publicity juggernaut that has you believing stars are your best friends, that they come over to your house for dinner. But only for a week or two. After that they disappear, and you feel triumphant, that they're nobody and you're somebody, after all, you're still here.


EMPOWERMENT OF THE PROLETARIAT

Everyone now has a voice. Jimmy Kimmel even has stars reading negative tweets. That's the new American pastime, not being famous for a season on reality TV, but bashing the opinion and fame of those who've risen their heads above. If you think these naysayers should get a life, you're missing the point, this is their life, protesting against the injustices done to them, bringing everybody down to their level.


In the money culture, everybody's selling. They're establishing their brand from middle school, if not before. Everything's on the permanent record and you're either on the right track or not. And if you don't have something to sell, you'll never be a successful entrepreneur, the number one aspiration. Yes, in a nation where the corporation does not care about you, and most people have numerous jobs in their lives, the key is to work for yourself and make millions.


If your product doesn't fit this paradigm, you're destined for the scrapheap, you're being ripped-off, if your product is desirable. Everybody expects what they want when they want it. It's not only intellectual property, but goods. Amazon, et al, are now delivering on the same day. To fight this expectation is to be delusional. Movie windows will collapse.


Everybody's an expert on something, if only a TV series. Now you can sit at home on a weekend and devour the entire history of a production and go to work and pontificate on Walter White. In a virtual world, where products are fluid, it's not about what you have but what you know.


Everything's at your fingertips online. LTE has given most people instant access to information. So if you're uninformed, you're going to be busted.


It's the number one aspiration. Religion is down, the arts

supposedly self-satisfy, but the truth is everyone is pursuing money. The Ivy Leaguers go into finance, anyone with money or who desires some is conversant with the stock market, and if you've got money, you've won, no one can say a bad thing about you. Going public is the new record release. Not only is there a big initial splash, as well a run-up thereto, unlike with most music there's an afterlife, as people see whether the stock goes up or down. If a company makes money, it doesn't matter what their product is, what other indicators say, in the eyes of the press and the public they're winners!


POLITICS IS A PROFESSION


Something we're all aware of but most don't pay much heed to. We're aware of the game, but we believe we're outsiders, that we've got no power. We can't tell Mark Zuckerberg what to do, and we can't tell our Congressman either, someone else much richer and more powerful has their ear.


Knowledge for itself is pooh-poohed, other than at the most elite institutions, where the liberal arts are vaunted but everybody's an entrepreneur making money while studying. Traditional culture, whether it be the symphony or the opera or…is dying because no one studies it, it's not seen as relevant or important. America is all business, all of the time.


The irony is in an information culture, great swaths of the public have no idea how the game is played. They know who is famous and rich, but they've got no idea how they got there. And those who are famous and rich realize this, and like this. It keeps the dumb from rising above, and also has them continuing to consume their b.s.


You read about Rupert Murdoch wanting to buy Time Warner but all you know is your cable bill keeps going up and there's nothing you can do about it.

the government/establishment pulls up the tape/images, and you're caught. The only burgeoning crime is white collar crime, which is about flaunting the rules, working the margins, and then hiring attorneys better than the government employs to either get off or pay a fine less than your winnings.


TRANSPORTATION IS A COMMODITY


Cars work. You can buy a better one, but it's mostly about status. And if you haven't sat next to someone in flip-flops on a plane, you haven't flown.


IT'S ABOUT TODAY, NOT TOMORROW


The right wing dominates the financial conversation. Such that most people believe the government wastes money, so it should be given less.


We have a black President, gay marriage and legal pot, all of which were unfathomable in the last century. The truth is children may worship money, but they've disconnected from their parents' social values. Furthermore, in the information society, that which gets traction can become a tsunami overnight. So when you say something just can't happen, you're probably wrong.


Society is moving so fast and it's so confusing that everyone aware in the last century laments the loss of what they once knew in the twenty first century. But the truth is modern life is confusing, even the young people don't have a handle on it. Best to dive in and surf, because the past is never coming back.


PSY, the Malaysian air crash. The Internet culture has everybody knowing something almost instantaneously. Everyone knows "Gangnam Style" and everyone knows about international crises, because they're unavoidable when you load your browser.

IT'S HARD TO STAY


Sure, you can go viral and have instant fame, but publicity is grist for the mill, if it's what's propping up your enterprise, you're gonna fade. Which is why the music business is in trouble. It's using a today model, i.e. overwhelming instant publicity, to try and prop up a business that's always been about tomorrow/the long term. But the long term doesn't square with a number one world where the executive gets paid for short term results.


Not only does the Supreme Court say they're people, they're the only ones with enough money to make you instantly known and/or rich. So no one criticizes Samsung, they just try to get ahold of part of its advertising budget.


IF IT PAYS, IT STAYS


Unless you're an axe murderer and everybody knows it, I'll play your private party if you pay me enough.


FAME IS NOT ABOUT SUBSTANCE


Paris Hilton invented the paradigm, Kim Kardashian perfected it. It's about being famous and making money therefrom. If Kim Kardashian stopped trumpeting how much money she made from her shenanigans, no one would pay attention.


Clothes are not protection from the elements, but a way to define yourself in society. As are piercings and tattoos. You cannot become a successful entrepreneur, you cannot get laid, unless you're unique. Didn't Mark Zuckerberg always wear a hoodie?


TECHNOLOGY IS THE NEW SPORTS


Sure, people can testify about the Yankees or the Patriots, but the truth is more people know about and are aware of mobile devices and technological innovations. Apple has a product rollout on Tuesday September 9th, do you even know when the Super Bowl is being played? The opening date of the NFL season?


Where you've been and what you've done is more important than what you own.


EVERYONE'S GOT A SECRET PLAN TO BE RICH


It may be delusional, they may be too afraid to enact it, but they've got it. Just get them juiced up and talking late at night.


The loner is anathema. And the loner is history. The loner connects with other loners online. But most people are social. Not only on their devices but in real life. Oldsters go to the show to see what's on stage, youngsters go to hang out with other youngsters.


If you bought it, you expect to be able to e-mail and tweet to those who sold it to you. If you're complaining and no one is responding, you feel like it's an international crisis.


Power windows broke in the last century, if something breaks now you're stunned, and just go out and buy a new one because most goods are cheap and no one knows how to fix anything anymore.


You expect to be able to take all your data with you everywhere you go, and your data is your most prized possession. If you're purveying and you don't have a mobile strategy, you're screwed.


There's no such thing as a busy signal. We expect to be able to reach everybody right away.


They're happening all the time, whether they be tornadoes or
wars, but they're happening to someone else. We live in a myopic world where it's everybody for himself, baby.