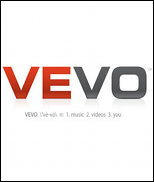 NEW YORK (Hypebot) – Have you ever wanted to hear the story behind "Gives You Hell" by The All-American Rejects?

OK, maybe you haven't, but some of their fans have.

VEVO has partnered with Universal Music Publishing Group to create a video series, Inside The Hit Songs, which is like video shorts of VH1's popular show Behind The Music. It aims to give fans an exclusive look into the songwriting process behind some of the biggest hits ever recorded. In their first episode, The All-American Rejects talk about their song "Gives You Hell" and how it evolved.

Clocking in at 3 minutes and 29 seconds, this first video will be sure to capture the YouTube Generation and their post-MTV attention spans. You find out that "Gives You Hell", like many hit songs before it, may never had made the album, because The All-American Rejects were unsure about the viability of the song.

Future episodes will include Glen Ballard, Quincy Jones, and Keri Hilson. If successful, VEVO may produce more series like this and others in the future.

With this move into in-house content, it makes you wonder whether or not VEVO will ever attempt to create the web-version of TRL – a weekly, video countdown.

Perhaps that idea isn't something they have the budget or ambition for yet, but with the right host, they might be able to create a show worth watching. Maybe.

One thing is for certain, there would be ways to make the video show more real-time and interactive than their TRL counterpart. But, like most things, we'll see.

For now, take a look at Inside The Hits with The All American Rejects.