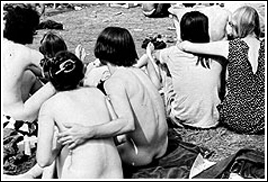 NEW YORK (CelebrityAccess MediaWire) — Woodstock founder Michael Lang is hoping to find sponsors to organize a green, free Woodstock reunion. Details about the event are sparse, but Lang told the New York Times that he hopes the event will have a "retro" feel with bands like The Who, Santana, Crosby, Stills and Nash, Joe Cocker and he estimates that the event will need to be underwritten by sponsors to the time of $10 million.

As for a location for the event, Lang has been looking at outdoor locations around New York City, including Central Park.

Lang, one of the original Woodstock promoters, dreamt up Woodstock, which drew more than 400,000 fans as a young man back in the 60’s to make profit. Later iterations of the event in 1994 and 1999 turned out to be corporate sponsored events with high ticket prices and vendors charging 5 dollars for water, leaving poor associations for the brand with many festival-goers.

The 1999 edition of the festival in particular stands out as an example of how not to run a festival. A combination of poor sanitation, lack of water, extreme heat and aggressive music led to violent outburts from patrons. During the final day of the event, fire erupted, sparked in part by bonfires built by fans. The fires eventually burned approximately a dozen trailers, a bus, portable toilets and a number of vendor booths, leaving 6 people injured.

"It was dangerous to be around. The whole scene was scary. There were just waves of hatred bouncing around the place, (…) It was clear we had to get out of there…. It was like a concentration camp. To get in, you get frisked to make sure you're not bringing in any water or food that would prevent you from buying from their outrageously priced booths. You wallow around in garbage and human waste. There was a palpable mood of anger." MTV's Kurt Loder told USA Today after the event.

Still, Lang is hopeful that a reunion event can be successfully pulled off and he may have some promotional support waiting in the wings. Film director Ang Lee is preparing to release a new film called "Taking Woodstock" about the hotelier who helped to rescue the festival by providing a new location for it after the citizens of Walkill, New York, blocked it at the 11th hour. A new six-CD boxed set of Woodstock performances will also be released, dovetailing with a new book by Lang, 'The Road to Woodstock.'

"The chances that something will happen are probable but I don't really have the answer yet as to what that will be," Lang told The Times. – CelebrityAccess Staff Writers