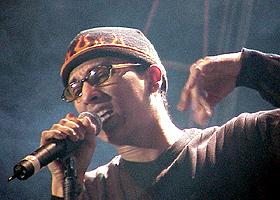 Today's most courted German star and musician, Xavier Naidoo, has signed with the music division of IN-motion AG. The exclusive sale and marketing contract covers his solo activity for the next few years. In-motion AG anticipates that the new agreement with Naidoo will be worth upwards of eight figures.

Konrad von Löhneysen, a manager in the music division of IN-motion and director of Ministery of Sound in Germany, says that he has become very enthusiastic about the contract. "From my viewpoint he is the most interesting interpreter of German popmusic".

A new single from Xavier Naidoo will be released this Autumn, and a double album is planned for a Spring release next year. The album will contain songs in English.