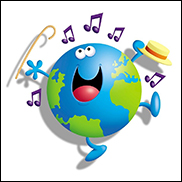 (Hypebot) – In this article, music marketing company Red Tape X looks at some of the best marketing techniques of 2015 and how they were effectively used by some of the music industry's most innovative and popular stars.


2015 has been one hell of a year for music, and we’re already looking at the trends that we can expect to see more of in 2016. Before we jump into the new year, here are our top 10 marketing techniques used by some of the industry’s hottest and most innovative artists.


Once taboo among musicians, sponsorships are become essential in an artist’s career. Rihanna recently signed a $25 million deal with Samsung to support the release of her highly-anticipated album ANTI and the ANTI World Tour. The two powerhouses have given us ANTIdiaRY.com, a mobile world where fans can find hidden content and clues about the release of ANTI, some of which are exclusive to Samsung device users. This mobile world has also brought us a number of TV commercials, re-targeting ads, and social media accounts made specifically for this release. This isn’t Samsung’s first show at the rodeo. In 2013, Jay-Z signed a $5 million deal with Samsung to release 1 million copies of his album Magna Carta to owners of specific Galaxy devices before it went on-sale globally.


There are some other artists who are participating in working with brands to create direct-to-fan experiences. The Weeknd teamed up with Uber to give fans the ultimate “Beauty Behind The Madness” experience, which gave the first 15 riders in Toronto a ride in an exclusive #UberXO vehicle, VIP tickets, in-car swag, a free ride to the show and a meet-and-greet with The Weeknd. He wasn’t the only artist looking to a car service to connect with fans. Justin Bieber and Lyft gave users the opportunity to purchase his new album Purpose at a discounted rate through the Lyft app. Plus, if they were lucky enough, Justin would be sitting in the front seat of their Lyft car ready to sing, dance, and sign autographs.


The way people consume music has drastically changed in the last decade. With music moving more towards digital, some artists go live with their music everywhere (and I mean everywhere) as an approach, even with free music. Foo Fighters’ Saint Cecilia EP was released for free via the band’s website and also available to stream on Spotify, Apple Music and Tidal. Diddy’s MMM (Money Making Mitch) was also released for free and available on Spotify, Tidal and SoundCloud. Other artists just want to give their fans free music and that’s that, like Waka Flaka and the release of his highly-anticipated album Flockaveli (now turned mixtape) available only through his website.


Some artists are looking for more visibility on streaming sites’ and using playlists to do it, such as Spotify’s curated playlists. Many of the top Spotify playlists have over a million subscribers. Earlier in the year, Spotify was even sending push notifications to app users and emails notifying them when new songs entered these Spotify curated playlists. That’s such a huge promotional benefit. Others are releasing content exclusively through specific streaming sites with the expectation of the streaming site featuring the release in such a way it drives awareness, like Tidal (Prince, Beyonce & Nicki Minaj, Lil Wayne) and Apple Music (Drake & Future, The Game, Straight Outta Compton soundtrack). In some cases these exclusives remain throughout the release Compton, Prince’s HITNRUN, Bey and Nicki’s “Feeling Myself” video and Lil Wayne’s FWA remain exclusive on their respected sites.


Where other strategies are to make the exclusives temporary, where the release is available as an exclusive for the first week of its release and later made available on all the streaming sites. Drake & Future’s What A Time To Be Alive and The Game’s The Documentary 2.5 were released exclusively through Apple Music before becoming available on other streaming sites. Some artists are doing the opposite: such as Coldplay with the release of their new album A Head Full of Dreams. The album was released through digital retailers and on Apple Music, with its release on Spotify being delayed a week and only accessible to paid users.


The music industry’s marketing techniques have shifted mainly to digital, but some artists still see the value in street marketing. Artists like Sia, The Weeknd, and Justin Bieber have had their album names, lyrics, and logos spray-painted on the sidewalks and streets of New York, prompting those who see them to share their experience on their socials. In addition, artists like Zedd and The Weeknd still have bills posted around the city to promote upcoming shows in the area or their albums.


With the number of streaming sites and online retailers increasing, Smart URLs that only link to one site or retailer doesn’t make sense. We’re seeing a handful of artists, such as The Weeknd and Demi Lovato, using sites such as SmartURL and Linkfire to create page with a list of sites and retailers that have their music available. Fans have the opportunity to pick and choose which site to go to and save that information for future clicks on that artist’s link.


With memes growing in popularity this year, artists began to see the viral effect of these easy-to-make images. Artists like Jadakiss and State Champs created “meme generators” for fans to create their own images promoting the artists’ name and album. This didn’t just happen in music either – Straight Outta Compton’s meme generator took off this past summer surrounding the film and soundtrack’s release. Not only were fans creating their own memes with their photo and city, but they were creating memes of celebrities and current events. Needless to say, SOC’s meme generator went viral, and probably played a part in it become the highest-grossing biopic of all time.


Artists have taken mobile and desktop games to the next level. With re-skinned versions of Doodle Jump and skateboarding games, artists have created their own take on these games to give their fans a new gaming experience. Just this year, Drake has had two games created for him, Drizzy Tears and Jumpman (as part of his mixtape with Future). Following in his footsteps, Justin Bieber gave us a skateboarding game to promote his upcoming Purpose world tour. We also can’t forget the “choose your own adventure” mobile game, such as the Demi Lovato game that gives users the experience of touring with Demi and starting their own music career. These games give fans a whole new experience with their favorite artists.


Fans are always demanding new wants to experience their favorite artists and their music, especially by watching music videos. What else can artists do to enhance this experience? You could create a virtual reality video like Björk’s “Stonemilker” and The Weeknd’s “The Hills (Eminem Remix),” or have fans interact with your video like CeeLo Green’s “Robin Williams” and Carly Rae Jepsen’s “Run Away With Me.” One interactive video that really stood out for us was Usher’s “Chains” video featuring Nas and Bibi Bourelly, where users were required to have their eyes and face detected in order to watch the video.

Keeping fans interested in your music is a challenge. With so many artists releasing music and videos and news online, it’s hard to stand out and keep fans engaged. Demi Lovato turned to her friends to help reveal her tracklist via Twitter, while Justin Bieber teamed up with graffiti artists to create pieces of art around the world to reveal his tracklist. Both these methods had fans participating in a “scavenger hunt” to locate where and what the next track name was.


Snapchat has become one of the most popular platforms in the last year or so, with the majority of their users being millennials and edgers (generation edge). Snapchat introduced custom filters that display certain graphics that overlay user content which also includes locations and events, such as the CMAs and the AMAs. Even artists are getting in on these filters, like The Weeknd following the release of his album Beauty Behind The Madness and Ariana Grande’s Halloween performance at the iHeart Radio Theatre in LA.


Microsites are a great way to inform consumers about a specific product or event that you are offering. Alicia Keys teamed up with us to create a minisite for NYC fans to enter for a chance to attend a secret performance without overwhelming her socials to fans who weren’t in the area. Microsites can also hold exclusive content, much like Rihanna and Samsung’s ANTIdiaRy.com site, which gives fans the opportunity to explore rooms for photo and video content, as well as clues relating to the release of her upcoming album ANTI.


Nicole Schoen is the product manager for RedTape X. RedTape X is a smarter music marketing platform. We’re shaping the future of the music industry and working with a community of artists, managers, and music marketers.