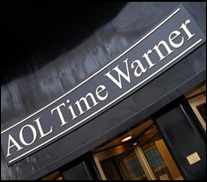 Four of the executives have agreed to settle the civil charges brought by the Securities and Exchange Commission by paying a total of roughly $8 million in fines and returning allegedly ill-gotten gains. They are David Colburn, Eric Keller, Jay Rappaport and James MacGuidwin. MacGuidwin was controller of the media company; the other three were in its business affairs unit.

The SEC said the eight former executives either made or contributed to financial statements that distorted the company's results. AOL Time Warner pumped up its own ad revenue by giving advertisers the money to buy online ads they didn't want or need, the SEC charged.

New York-based Time Warner was roiled by the accounting scandal, which also involved subscriber counts. Time Warner agreed in late 2004 and early 2005 to pay $300 million in a settlement of civil fraud charges with the SEC and $210 million to resolve charges of criminal securities fraud in a separate investigation by the Justice Department. Time Warner also agreed to restate three years of financial results and to open its books to an independent examiner.

The SEC charges were an unpleasant reminder of a disastrous chapter in Time Warner's history, when it agreed to be acquired by America Online Inc. in 2000 at the height of the Internet bubble.

Time Warner spokesman Keith Cocozza declined to comment Monday on the SEC allegations, laid out in a civil lawsuit filed in federal court in Manhattan.

AOL, now a Time Warner division, is trying to reinvent itself into an online advertising company as its dial-up online access business rapidly dwindles as people sign up for high-speed Internet from cable and phone companies.

Many observers expect Time Warner to sell off some or all of AOL or combine it with another online company soon. Jeff Bewkes, who became CEO of Time Warner in January, said AOL is separating its advertising business, which is potentially attractive to other partners, from the declining online access unit.

The SEC also said that Kelly and Wovsaniker, who are certified public accountants, misled the company's outside auditors.

Through their attorneys, Kelly, Ripp, Rindner and Wovsaniker denied the SEC charges and said they would contest them in court.

"We strenuously reject any accusation that Mr. Ripp was involved in any way with fraudulent conduct," said his attorney, David Geneson. He said that Ripp in fact had acted as a whistleblower within the company, initiating an internal investigation that uncovered the fraud.

Rindner's lawyer, Mark Hulkower, said his client "conducted himself appropriately during his three years at AOL (and) looks forward to the opportunity to clear his name."

Kelly "flatly denies the SEC's claims and will vigorously defend himself in the courts," said his attorney, Jonathan Tuttle.

Stephen Topetzes, representing Wovsaniker, called the SEC charges "groundless." Wovsaniker engaged in no wrongdoing and was called by the government as a witness in related cases "to show that he actively sought to prevent improper conduct by others," Topetzes said.

In addition, Colburn and MacGuidwin agreed to be barred for 10 years and seven years, respectively, from serving as officers or directors of any public company.