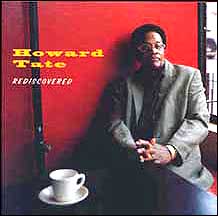 Prior to becoming a manager, Horrocks was a producer and writer signed to Island Records, and a member of the Chicago-based rock group, Freddy Jones Band for eight years. He joined Alliance Artists in 2000, which was purchased by TBA Entertainment in 2002. He worked
with Mars Electric, Wayne and Survivor.

At TBA Horrocks was also instrumental in coordinating the Rock to the Rescue concerts to benefit the NY/NJ Port Authority Police Department following the September 11 terrorists attacks, as well as creating the VH1 Classic-sponsored tour The Triple Shot of Rock with Eddie Money, Loverboy and Survivor.

"I'd like to thank Charlie Brusco for giving me a start
in management," says Horrocks. "He has been a mentor, and I appreciate everything he¹s done for me. However, I feel it is now time for me to branch out and head in new musical directions. I look forward to this next chapter of my career."

Simon Horrocks can be reached at:

(CelebrityAccess News Service) — Two weeks after departing Associated Booking Corporation Paul Horton launches New York City based Century Artists Management Agency LLC. Paul told CelebrityAccess "I would like to personally thank those terrific individuals who have supported this venture with the kind of determination, and passion that ultimately leads a business into the future."

Century Artists Management Agency LLC will engage in the full service representation of Artists in all mediums, and levels, of development. Paul also said “I believe this business has terrific possibility for those who understand the complexities of the artist; the presenter, and the need of consensus, creativity and synergy on all levels. We look forward to streamlining these positions to bring our clients an attractive value proposition while providing presenters throughout the world what they want.”

(CelebrityAccess News Service) — The Christian music Breen Agency has created a new division with first-time agent Elaine Starkey, who will head the Independent Artist Agency. IAA will have about 20 artists and emphasize some alternative bookings, such as coffee houses and churches, in addition to colleges for up-and-coming Christian acts.

"Joining the IAA has been a wonderful experience," Starkey told CelebrityAccess. "It is an enormous honor to be a part of 20 artists' careers in such a personal way. I have thoroughly enjoyed getting to know each of the artists, their callings and their dreams. Relationships are a major part of this job because in order to pitch an artist, I need to know something more than just the names of their songs. but a concert is made of songs and the artist's presence and
heart. So the buyer needs to know what they are getting as the whole package."

"I believe in IAA and the mission to help these artists establishes a national fan base before receiving national distribution," she said.

Starkey moved to Nashville from Texas. Prior to joining IAA, she was in the non-profit world helping start up new organizations. "That is my passion to get behind causes and ideas that I really believe in and pour vision and work into making them a reality."