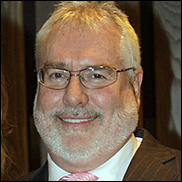 SYDNEY, NSW (CelebrityAccess) — Australian concert promoter Andrew McManus has pleaded guilty to lying to police in connection to a suitcase full of cash recovered from a Sydney hotel in 2011.

According to the Sydney Morning Herald, McManus, 55, entered a plea of guilty in answer to a charge of attempting to pervert the course of justice. This offense carries a maximum sentence of 14 years' jail.

Other charges, including knowingly participating in a criminal group, and attempting to gain financial advantage by deception were dropped, the Morning Herald said.

McManus was arrested last year, along with a number of other individuals in the US and Australia as part of an international investigation into an alleged sports betting, drug and money laundering operation.

The investigation followed a strange series of events in 2011 when police received an anonymous tip that the occupant of room 3026 at the tony Hilton Hotel in Sydney had a gun.

The room's occupant, Sean Carolan, proved not to have a gun, but police discovered that he did have a suitcase stuffed with $10,000 bundles of cash which amounted to $702,000.

At the time, Carolan maintained that he was holding the money for Owen Hanson Jr., his partner in a weight loss company so that Hanson didn't' spend it in a casino, but later McManus tried to claim the suitcase, stating that it was money to secure a concert with Lenny Kravitz.

"It's not the proceeds of crime, it's the proceeds of Andrew McManus," McManus told NSW police during an April 2012 interview according to the Morning Herald. "It's pretty obvious, though. I gave someone 700 large, and you've found someone with 700 large. It's my 700 large."

In 2014, McManus, Carolan and Carolan's business partner Owen Hanson Jr. went to court to seek the return of the money, but the effort proved unsuccessful, in part after the court heard evidence from a video interview with police where Mr. Hanson offered to "tell the full story of how basically this money was laundered?"

McManus is due in court on August 26 for a sentencing date following his admission of guilt, the Sydney Morning Herald said. – Staff Writers