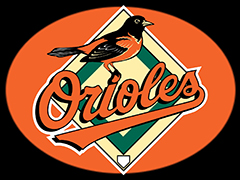 BALTIMORE (CelebrityAccess) — In light of continuing unrest and a 10PM curfew in Baltimore, the Baltimore Orioles and Major League Baseball have decided that Wednesday's game between the Orioles and the White Sox will be closed to the public. This is a first for a major league baseball game.

The game will be played in an empty stadium and still be broadcast on television and radio.

"We feel like we made the decision that would provide us the greatest possible security, in terms of protecting the fans, the players, the umpires, everybody involved," MLB commissioner Rob Manfred, told reporters in Baltimore. "We're looking at every possible alternative in terms of completing the schedule in a timely way and making sure the games are played in a secured situation that's safe for the fans. We're going to look at every alternative."

The decision to close the game follows postponed games on Monday and Tuesday. Baseball fans on Sunday were held in the stadium due to a restive crowd outside of Camden Yard. The city of Baltimore has been the focus of protests and street violence following the death of Freddie Gray, a 25-year-old man who was killed while in Baltimore Police custody after being arrested for possession of a knife.

The move follows a similar decision made by the Baltimore Ravens, the city's NFL franchise, which canceled a scheduled draft party "out of respect to the curfew." – Staff Writers