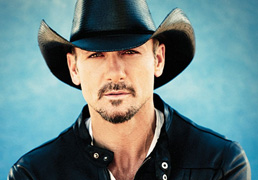 HARTFORD, CT (CelebrityAccess) — Tim McGraw continued to defend his upcoming performance in a benefit concert for Sandy Hook Promise, saying in a new interview that the show is not meant to be political.

“I don’t put a political blanket on what I’m doing,” McGraw said in an interview with ABC News Radio. “This is about helping people and leading with your heart. I think that that’s what I try to do, and we’re doing things [that] are earmarked for a lot of good in the community.”

McGraw's participation with the benefit has drawn criticism from a number of gun rights groups after an article on conservative news website Breitbart.com stated that the show was a gun control benefit. Sandy Hook Promise is a non-profit group founded by family members who lost loved ones in the mass shooting at Sandy Hook Elementary School in 2012, with a mission statement of working to promote mental wellness, combat social isolation, and preventing gun violence.

McGraw's involvement with the group stems meeting Mark Barden, a father who lost a child in the shooting whom McGraw met through his longtime fiddle player, Dean Brown.

“When you sit across from a family who’ve gone through such a great tragedy, it’s just heartbreaking. And when you sit and have a conversation and you feel connected and they want you to help, and you feel like you can help, then you lead with your heart,” he says. “When you talk about protecting our kids from violence and doing everything you can to protect our children, I’m all in," McGraw said. – Staff writers