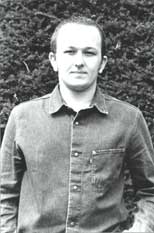 LONDON – My one wish to change the music industry would be, that London should not be the "only place" in the UK where a band has a decent chance of getting signed! It's cruel to bands that can't afford to pay their way to get down there – in my opinion.

Words from a musician from South Wales, who has taken steps to change The Commercial British music industry’s general opinion about where new musical talent is to be found. Paul Thomas is the name of the man behind one of several websites on the Internet, which are designed to help and support young and unsigned bands in the UK.

The British music industry is continuously searching for new talent. In the last article we published about this subject we wrote about the13 year cycle that some music experts in Britain are talking about, with The Beatles turning up in 1963, Punk Rock in 1976 and Acid House in 1989. Next year, in 2002, another 13 years would have passed, with a new musical current on it’s way – new promising talent must be discovered in the near future in order to keep the music industry turning.

This very music machine that has given birth to new and unsigned talent in the UK, is hard to handle for many bands and artists. The road to attractive stages in live clubs and the much-coveted record contracts is often so tortuous, that it can be difficult to find a way to get music out from rehearsal rooms to a bigger audience.

About two years ago the drummer Paul Thomas from South Wales suffered the consequences of the missing possibilities for amateur bands to make their music known in wider circles and therefore founded the website HelpForBands as a service for musicians and artists in Wales, who wanted to get in contact with the music industry and the live music scene – at the outset just to have something to occupy himself with. But suddenly things started to develop.

– After plenty of promotion I started getting emails from bands and artists around the country and abroad. The site has grown since then and has got us to the stage where we are today. Now it has become the biggest and best band/artist resource on the Internet today, says Paul Thomas.

The number of members on Helpforbands is still growing, right now approaching 1500 members, and according to Paul Thomas it won’t stop there. The members are made up from everybody – from bands and artists to management companies, agents and record labels. The bands, that use the site as members, have access to lots of information about studios, venues, gigs, rehearsal rooms, etc.

One of the missions of Helpforbands is to strengthen the live music environment in the UK by highlighting other places where the British music industry can search for new talent. According to Paul Thomas, one of the starting points is to make live gigs more attractive for young and unsigned bands.

– In order to put on concerts we need the organizers, but organizers are there at the end of the day to make money. Yes, there are the genuine ones who do actually take as little money as possible from the concert and give the rest to the bands, but most of them are there to make money from you. Helpforbands will be staging these sorts of events soon, starting in Wales and then hopefully moving around the UK. We will only take enough money to cover our costs and the rest will be split between the bands.

– These events will be a good way for English and Scottish bands to get into Wales for perhaps their first gig in the country. I’m hoping that the industry will then realize that it may be worth a look into Wales to find “the next big thing”.

London – the only place

Paul Thomas is a drummer. Until recently he was playing in a band, and therefore has learnt through personal experience that getting the opportunity to play live can be a struggle – especially when you want to get noticed by people from the music industry.

– The problem is that London is the “only place” in the UK where a band has a decent chance of getting signed. A “massive” percentage of bands that are actually signed in the UK, get signed in London, being the main place in UK where A&R people hang out to find the next big thing. I don’t really understand the reason for this.

– If you’re willing to get out there and play for just enough money to cover your costs or even play at a loss sometimes then, the opportunity is endless. But when London is the only place to go to, many bands can’t afford it. A band like mine, from South Wales, has to travel 200 miles to play in London. For this you’re looking at £40 – £50 to rent transport for the day, plus diesel to get there and back. You’re looking at paying out £100 to be paid hardly any money for the gig! For most bands, it’s just not viable, says Paul Thomas.