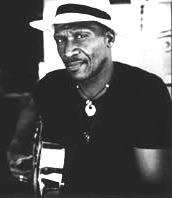 The much anticipated series, THE BLUES, executive produced by filmmaker Martin Scorsese and scheduled to air on PBS in the fall of 2003. The series will anchor a year-long celebration of events to help raise awareness of the blues and its contribution to American culture and music worldwide, an unprecedented coalition of film, music, literature and education partners announced today. Volkswagen is the original and exclusive national sponsor of the series and many of the related events.

The Blues series on PBS is the cornerstone of this integrated multi-media project that will include: a comprehensive Web site and education program designed by Experience Music Project; a companion book published by HarperCollins; and value-added DVDs, a CD box set, individual soundtracks for each show, a single "Best of" album and individual artist recordings released collaboratively by Sony Music and Universal Music Enterprises. Other components include a 13-part series on public radio and a traveling blues exhibit produced by Experience Music Project as well as numerous public events celebrating the blues throughout the year.

A benefit concert at Radio City Music Hall in New York on February 7, 2003 will kickoff the year-long campaign. A new non-profit organization, the Blues Music Foundation, has been created as part of the overall project to distribute proceeds from the concert and associated components to new and existing blues-related programs throughout the country. The concert will also be filmed for later distribution. Martin Scorsese will executive produce; Antoine Fuqua (Training Day) has agreed to direct the film.

Under the guiding hand of executive producer Martin Scorsese, The Blues consists of seven, ninety-minute impressionistic and iconoclastic films that capture the essence of the blues while exploring how this art form so deeply influenced people the world over. The series begins with the journey from Africa to the Mississippi Delta — where the music grew from field hollers, work songs and church choirs — travels up the Mississippi to the juke joints, house parties and recording studios of Memphis and Chicago, and culminates with the emotional embrace of this African-American creation by musicians and people throughout the world.

"The blues is at once American and worldly," said Scorsese, who began work on the project six years ago. "It's a form of storytelling that is so universal that it has inspired people beyond our borders and continues to influence music here and abroad. We're hopeful that the series and YEAR OF THE BLUES will introduce new audiences worldwide to this music and also inspire kids, whether they like rock or hip hop, to better understand the struggles and genius that gave birth to what they listen to today."

"Our goal was never to produce the definitive work on the blues," Scorsese added. "It was, from the start, to create highly personal and impressionistic films as seen through the eyes of the most creative directors around with a passion for this music."

The Blues is the culmination of a great ambition for Scorsese – to honor the music he loves, to preserve its legacy and to work closely with talented feature film directors united in their desire to celebrate this art. A brief description of each film follows:

From Mali to Mississippi — Director Martin Scorsese (Taxi Driver, The Last Waltz, Raging Bull) winds his way from the banks of the Niger River in Mali to the cotton fields and juke joints of the Mississippi Delta to trace the origins of the blues in a lyrical combination of original performances (including Ali Farka Toure, Salif Keita, Habib Koite, Taj Mahal, Corey Harris, Othar Turner) and rare archival footage.

Warming by the Devil's Fire — Director Charles Burnett (Killer of Sheep, My Brother's Wedding, To Sleep with Anger) presents a tale about a young boy's encounter with his family in Mississippi in 1955, and intergenerational tensions between the heavenly strains of gospel and the devilish moans of the blues.

The Road to Memphis — Director Richard Pearce (The Long Walk Home, Leap of Faith, A Family Thing) traces the musical odyssey of blues legend B.B. King in a film that pays tribute to the city that gave birth to a new style of blues. Pearce's homage to Memphis features original performances by B.B. King, Bobby Rush, Rosco Gordon and Ike Turner, as well as historical footage of Howlin' Wolf and Fats Domino.

The Soul of a Man — Director Wim Wenders (Buena Vista Social Club; Wings of Desire; Paris, Texas) explores the lives of his favorite blues artists — Skip James, Blind Willie Johnson and J. B. Lenoir — in a film that is part history and part personal pilgrimage. The film tells the story of these lives in music through a fictional film-within-a-film, rare archival footage, and covers of their songs by contemporary musicians, including Bonnie Raitt, Lucinda Williams, Lou Reed, Eagle Eye Cherry, Nick Cave, Jon Spencer Blues Explosion, Cassandra Wilson, Los Lobos and others.

Piano Blues — Director — and piano player — Clint Eastwood (Play Misty for Me, The Outlaw Josey Wales, Unforgiven) explores his life-long passion for the piano blues, using a treasure of rare historical acts as well as interviews and performances by such living legends as Ray Charles, Fats Domino, Little Richard and Dr. John.

Godfathers and Sons — Director Marc Levin (Slam, Whiteboys, Brooklyn Babylon) travels to Chicago with hip-hop legend Chuck D (of Public Enemy) and Marshall Chess (son of Leonard Chess and heir to the Chess Records legacy) to explore the heyday of Chicago blues as they unite to produce an album that seeks to bring veteran blues players together with contemporary hip-hop musicians. Along with never-before-seen archival footage of Howlin' Wolf, Muddy Waters and the Paul Butterfield Blues Band, are original performances by Koko Taylor, Otis Rush, Magic Slim, Ike Turner and Sam Lay.

Alex Gibney, the series producer, said, "The Blues is a kind of film festival — with each film building on the one before it — that celebrates that authenticity of the blues and tells a powerful story of how that music has come to influence the world. Through the artistry and passion of these filmmakers, The Blues hopes to link the present and the past by engaging a new generation of viewers and listeners to seek out the music in clubs, festivals and concerts, even as they look back — through books, CDs and archival images — at the origins of the blues. In this way, The Blues will not be the last word on the subject; it will be the 'first word' of a new, more free-wheeling conversation."

The Public Broadcasting Service (PBS) will broadcast The Blues in fall 2003. PBS will also host the official companion Web site for the series at www.pbs.org (will be on-line late this year) and coordinate station and community outreach in key cities around the country. "The Blues is another example of PBS's distinctive commitment to telling the American story through the backdrop of music," said PBS president and CEO Pat Mitchell. "We remain dedicated to American culture. And we are honored to host Martin Scorsese and the great directors he's assembled who have made The Blues an engaging series that will bring music to life on the screen and have value long after broadcast on the Web, in schools and as a historical document."