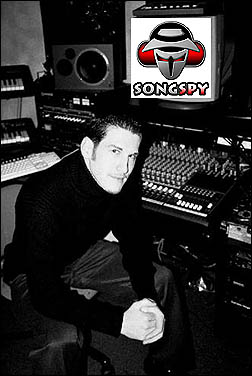 Sherman Shultz, CEO of SongSpy-dot-com, is taking a strong stance on a
letter from members of Congress to Attorney General John Ashcroft.

"The RIAA
(Recording Industry Association of America) has gone too far by trying to turn
100-million music fans into criminals, and if no one else is going to say anything on
behalf of the music-downloading generation, then I am," says Shultz.

Songspy.com, which was recently purchased by IMG Entertainment, plans on
revolutionizing peer-to-peer music websites by paying royalties to artists through
record companies while keeping the service free for users. In the letter to Ashcroft,
members of Congress and the RIAA are asking the U.S. Government to investigate
peer-to-peer music websites, fearing a continued decline in retail music sales.
According to a survey by Forrester Research, global music revenues will continue to
decrease for the next few years, but the industry will recover as fee-based digital
downloads flourish. Downloading music from the Internet will reach $2 billion in sales
by 2007, which is the equivalent of 17 percent of the music business.

"When music sales drop 90 percent because the 100-million downloaders are
handcuffed, are Congress and the RIAA going to have a law that requires everyone to
purchase at least one CD per month to make up for its revenue losses?" says
Shultz.

delivered online, and then they have the nerve to complain about their sales falling.
This is the exact reason we got into this industry, to be a true resource for music
downloaders to get their music free and to relieve the Government of harassing music
lovers from pursuing the music they want," adds Shultz.