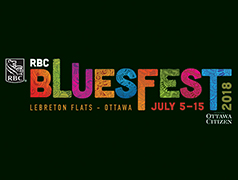 OTTAWA, Ontario (CelebrityAccess) — The team behind the RBC Ottawa Bluesfest announced a lineup for the 2018 edition of the event that includes headliners Foo Fighters, Shawn Mendes, and Bryan Adams

The festival, which is set for Lebreton Flats Park for a ten-day stretch from July 5 to 15, will also feature performances from Bluesfest first-timer Beck, as well as Rise Against, Dave Matthews Band, Jethro Tull and Sturgill Simpson.

Tickets for the 2018 RBC Ottawa Bluesfest go on sale on Feb. 16th, with pre-sale tickets available starting the day before at 10 a.m. Tickets include single-day, as well as three and five day passes, VIP tickets and full fest wristbands.