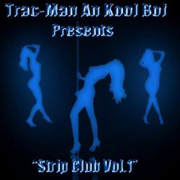 ATLANTA (Hypebot) – The Wall St. Journal takes a look at hip hop music marketing through Atlanta strip clubs featuring dj collective Coalition DJs. Strip clubs are a marketing staple for Southern hip hop with djs getting paid to play singles ideally at the peak of the evening. Apparently Coalition DJs are a dominant force in the current Atlanta scene with a well-developed approach for helping break records.

"The Coalition DJs were assembled in 2008 as the brainchild of Atlanta music exec, Xavier Hargrove (DJ Big-X). After nearly 10+ years of watching DJ Funky, DJ X-Rated, and DJ Fernando establish their names individually via popular Atlanta gentlemen’s clubs such as Jazzy T’s, Strokers, and Magic City, X felt that combining their efforts would make them a force to be reckoned with in Atlanta’s booming urban nightlife and music scene."

A lot of what Karp describes Coalition DJs standardizing draws on various elements they must have been observing in the clubs. For example, I wrote a piece for ProHipHop in 2006 that drew on sources describing special music nights, fees and even a feedback process.

Karp describes a similar scenario in which Coalition DJs screen applicants, give feedback and feature the music in clubs, often at special nights.

But there's obviously more to the story here. Music from major label artists is also being promoted through strip clubs by major labels and individual artists are also going direct to dj.

So that would suggest that individuals and groups like Coalition DJs have a more complex array of deals, side deals, etc. all possibly within the bounds of group and individual agreements and, according to Karp, fair play as long as they don't have radio shows.

Fascinating to consider, strip club marketing also offers a real world activity that surfaces on the web but can't be replaced by the web.