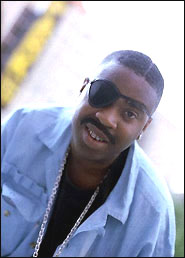 The Hip-Hop Summit Action Network has issued an urgent alert to millions of
supporters of hip-hop music and culture across the United States and throughout the
world. "It is imperative that all persons of good will join us today in calling upon the
President of the United States, George W. Bush, to take executive action to end the
unjust 6-month federal incarceration of hip-hop icon, Slick Rick, and to take further
action to stop the Immigration and Naturalization Service from executing Slick
Rick's imminent deportation," the HSAN said in a statement.

"He served time for attempted murder," said a HSAN spokesperson, "He was released
and then picked up unexpectedly by the INS, claiming he deported himself when he
went to work a gig on a cruise ship and then entered the country illegally. He's been
fighting this INS thing for years, in and out of jail after he already served his debt to
society."

The HSAN is working closely with Congressman John Conyers, dean of the
Congressional Black Caucus and the ranking Democrat on the House Judiciary
Committee, to call for a fair court hearing on this case."

Slick Rick, formerly named Rick Walters, is known as one of the greatest
storytellers in hip-hop. A United States resident since 1976 and a graduate of New
York City's High School of Music and Art, Rick has had a successful career since
his debut 1988 album, The Great Adventures of Slick Rick. He has been a tireless
contributor to and performer for numerous charities for disadvantaged youth.<

"We in the hip-hop community stand in resolute solidarity today with Slick Rick and
his family," commented Russell Simmons, chairman of the HSAN. "We want the
Federal government to bring justice to this case by releasing Slick Rick."

"President Bush should not permit this gross violation of human rights to
continue," added HSAN president, Dr. Benjamin Chavis. "We call upon the
President to act immediately to bring a just resolution and to stop this unfair
deportation."

Mandy Aragones, wife of Slick Rick, added, "My husband is being mistreated by the
U.S. government. I personally feel that we have been abused as a result of six
months of unfair imprisonment. And now, the INS is taking imminent steps to deport
my husband without the benefit of a court hearing."

Bill Adler, longtime family friend and associate of Slick Rick, states, "I have known
and worked with Slick Rick for many years. There is no justification for deporting a
person who has made such positive contributions to our society."