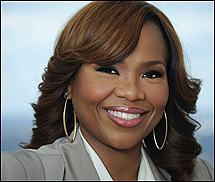 ATLANTA (AP) — Mona Scott-Young used to wake up in cold sweat at night, wondering if she made the right decision to leave her list of high-profile hip-hop clients to branch off and create reality television shows.

That's a dilemma the creator of the popular reality series "Love & Hip-Hop" on VH1 doesn't have to worry about anymore.

"I was leaving something that I had built for nearly 20 years of my life," recalled Scott-Young, who was the co-founder of Violator Management with the late Chris Lighty. Their company represented some of music's top artists from LL Cool J to 50 Cent and Missy Elliot.

The fear was strong, she said, "But it was exhilarating to start over because I had a new lease on life, venturing into territories unknown for me and just starting from scratch."

"Love & Hip-Hop," created with Jim Ackerman, is broken up into two different shows — one based in New York and another in Atlanta. Each show primarily focuses on six women and the supporting cast of men who are connected to the hip-hop industry, following their personal lives and careers.

The series doesn't include any big names, but the over-the-top dramatic story lines make it compelling to watch — and also a target of criticism.

The second season of "L&HH: Atlanta" premieres Monday night on VH1, starring Stevie J, K. Michelle, Lil Scrappy and Rasheeda. It returns after pulling in strong ratings last season with an average of 3.3 million viewers and 4.4 million in the second part of the show's reunion last year, according to Nielsen.

The New York version finished its third season last month, pulling in an average of nearly 2 million viewers. Some of the cast members include Yandy Smith, Tahiry Jose and Joe Budden.

"Mona allowed these women to tell their story, and guys like me to be known," said Stevie J, a Grammy-winning producer who is a self-proclaimed womanizer caught in a love triangle between longtime girlfriend Mimi Faust and Joseline Hernandez. "Before, people heard of my name but didn't know what I looked like. I relish the character that I am on television. People are amused by our stories."

Even though "L&HH" has drawn millions of viewers, it has been under fire. Some petitioned for the show's cancellation, saying it depicted African-American women in a negative light. Some also criticized the series for its frequent fights and focusing on the drama more than the music.

"I wish people would stop pointing the finger," said Hernandez, who has taken the brunt of the criticism for her vulgar words exchanged and fights with others. She's a former exotic dancer turned aspiring Latin rapper who was discovered by Stevie J.

"I know that I'm a good person, and I know where my heart is," Hernandez continued. "I know that I'm talented and I'm a bad (expletive), so I don't care what anyone thinks of me. We're here to stay. People who criticize wish they were doing what we are doing."

Scott-Young said she is taking the backlash to the show in stride, saying the positive responses from her music industry friends such as Diddy and LL Cool J gave her confidence to push forward. She said she welcomes the constructive criticism and is looking to minimize the violence in the series, but realizes the drama is what pulls in viewers.

Besides, the extra exposure is what Scott-Young and cast members are striving to capture. The show is a platform for established and up-and-coming artists to take their popularity to the next level.

The show has certainly benefited K. Michelle, a singer who didn't have a record deal in the first season of "L&HH: Atlanta." Now, she is signed to Warner Bros. Records and expects to release an album this summer.

"Hip-hop is global, it's international," said Scott-Young, who is also executive producing VH1's "Gossip Game" and Bravo's upcoming reality show "Taking Atlanta." "I think the franchise is limitless. I'm here as long as they want me here."