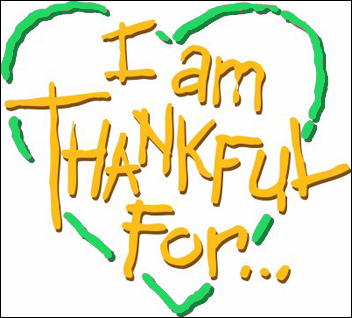 2. It puts the history of recorded music at my fingertips. What was once rare is now standing in plain sight. People might be financially-challenged, but music, the elixir of life, is right there for them to grab and listen to. It’s music’s heyday.

He showed a chubby man could break all the rules to become the biggest star in the world essentially overnight. His music did not sound like the mainstream, he was neither broken nor controlled by radio, and his sheer creativity shone through in his video, which soon became the most played YouTube clip ever.

It demonstrates that what’s inside one’s head is more important than money when it comes to both creativity and music. Just when you think you’re locked out, PSY comes along with the key that shows how to open the door.

Because he discovered Carly Rae Jepsen, he single-handedly took her from a “Canadian Idol” wannabe to international star based on the sheer hookiness and unforgettableness of “Call Me Maybe.” If you don’t think “Call Me Maybe” is a stone cold smash, you’re probably living in Brooklyn and staring at your shoes. Just because something is mainstream and monstrous that does not mean it’s not good. “Call Me Maybe” is a classic. With many more teeth than “The Macarena.” It will stick with kids for the rest of their lives.

Furthermore, the audience no longer sits by and listens passively. A veritable industry exploded on YouTube of “Call Me Maybe”…lip-synchs and parodies. Once again, you might not be rich, but that does not mean you can’t play in the new music world.

Because the iPhone 5 is so damn good. Android may sell more units, the stock may be challenged, but using the iPhone 5 is an utter pleasure, akin to having a communicator from “Star Trek.” It’s intuitive and it just works. Remember when the first iteration of technology was crap? Those days are long gone.

For finally going on iTunes. AC/DC too.

Used to be musicians were leaders, now the stars play last.

Sure, it might have been about the album, but people have been cherry-picking tunes since the advent of the CD. Make a whole album that hangs together with a story and we’re interested, but for all the pontificating that seems to happen twice a decade.

Now if only the holdouts could sign on to every streaming service, from Spotify to MOG to Deezer. Streaming is the way. Did people refuse to put their music on compact discs?

However I’ve come to hate the ads. Can’t I just pay ten bucks a year to get rid of them?

Forget antitrust. Isn’t it incredible that you can get the answers to all your questions immediately? We need no Bing if we’ve got Google.

For stealing the show at Coachella, and then breaking up, just like the superstars of yore. You’ve got to follow your muse, not the money.

Caught the powers that be flatfooted and single-handedly made the rest of the industry aware of the power of electronic music. Sure, the sound has been around forever, and ULTRA and other festivals triumphed too, but EDC is like Woodstock. It showed that what the mainstream thought was a sideshow is actually bigger than the main event. Furthermore, EDC, unlike Woodstock, happens every year. And there are more porta-potties!

For continuing to try. His album sucked. He dyes his hair. But his live show is the best in the world, and he even played with the remnants of Nirvana. Most people are afraid to fail. McCartney keeps trying. Give him props. There’s no one to replace him when he’s gone.

Single-handedly started the festival scene in America. He believed, he lost money, but he kept on trying. The site is nowhere near as good as AEG says it is. The sound bleed is terrible. Many in attendance don’t care about most of the acts. But this is the granddaddy, it’s about the experience, it’s done for the fans, and that’s the way it always should be.

For not getting back together. For being honored by the Kennedy Center. For never apologizing for past behavior. For being rock stars through and through. You can’t ask for more.

For giving meaning to the Juggalos. The downtrodden and the overlooked. We all need someone to believe in. In a nation where everybody envies the rich, the ICP banded together the losers. Give them credit.

For playing his own Sandy benefit and refusing to join in with the cluster… in NYC. It was about the money as opposed to making the scene. Neil isn’t as admirable as everybody thinks. He loves money. But even more than McCartney, he keeps playing, he keeps taking chances, he follows his own muse, he’s our number one still active rock star.

For finally realizing we live in the Internet era. “Rolling Stone” has better musical updates on the Web and on Twitter than any other music source. Whether everybody will eventually realize this is…another thing.

For having the best Twitter feed and refusing to grovel to get his AFLAC job back. When you’re right, double down, don’t apologize.

For rolling out LTE before most people even knew what it was.

For being the new Steve Jobs. SpaceX, Tesla…”no” doesn’t exist in Musk’s lexicon. Furthermore, he not only talks the talk, he walks the walk. He doesn’t bitch and moan and say he can’t, he just does. Individuals make up this country. They push the envelope. The Doors were nothing without Jim Morrison and Apple is suffering without Steve Jobs. But thank god there are people like Elon Musk to pick up the slack.

For convincing Americans that good sound is worth it. Beats may be substandard, but suddenly crap headphones were no longer good enough. Someday in the future we’ll have enough bandwidth and high fidelity will reign once again.

For illustrating that facts and data matter. The days of the bloviator are over. If you operate in a quantifiable field, your opinion means nothing without the data. Music is not a data-driven enterprise, it’s all about concepts and creativity. Turn off your mind, relax and float downstream…and come up with something that positively blows our minds!