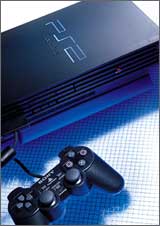 Sony's PlayStation 2 has signed on as the title sponsor for Ozzfest 2002, produced
and promoted by Clear Channel Entertainment.

During the tour, PlayStation 2 will sponsor local radio promotions such as ticket and
game giveaways to coincide with the concerts for all of the venues. In addition,
PlayStation 2 will also offer a free trip for two to the final show of the tour in Dallas
on September 8. This free-trip giveaway will include a two night hotel stay, a
PlayStation 2 autographed by Ozzy Osbourne, PlayStation 2 games, reserved
tickets to Ozzfest, the opportunity to meet a participating Ozzfest band
and member of the Osbourne family.

"We know that the Ozzfest audience includes many videogame fans and showcasing
the latest titles available for PlayStation 2 throughout the tour allows us to expose
the
games to both fans of the platform and to new consumers," said Sharon Shapiro,
director, promotions, Sony Computer Entertainment America Inc.

"It's great that PlayStation has returned for another year
as an Ozzfest sponsor – increasing its visibility from last year's
main stage sponsor to this year's presenting sponsor," said Joseph
Bongiovi, vice president, tour sponsorship, Clear Channel Entertainment.
"As the presenting sponsor, PlayStation 2 will be able to leverage
its increased visibility to directly connect with its customers through
aggressive on site and retail promotional activities that Clear Channel
Entertainment will be executing with PlayStation 2. Consumers will be
given the opportunity to win amazing prizes including VIP access to
Ozzfest."