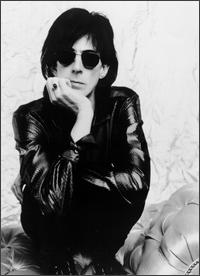 Sanctuary Records Group has entered into a worldwide label deal with producer, arranger, singer/songwriter Ric Ocasek, who will bring artists in to the Sanctuary fold via his newly established Inverse Records label. Among the first signing is The Hong Kong, a band that has already received acclaim from Rolling Stone magazine and is a fixture of the New York music scene. The band's 11 track debut for Inverse/Sanctuary was produced by Ocasek.

Via his new partnership with Sanctuary Records, Ocasek will not only be bringing in new artists via his label, he will be producing both new and established Sanctuary artists as well. Ocasek will also release a solo album of new material later this year on Inverse/Sanctuary.

"When The Cars' 'Good Times Roll' and 'My Best Friend's Girl' hit the airwaves in 1978," said Merck Mercuriadis, Group CEO "they were a breath of fresh air. Since that time, Ric Ocasek has continued to make the radio sound good whether through his own records or through his amazing productions. We are looking forward to making great records with Ric as well as finding and developing important new talent."

"I am very pleased and excited to be a part of Sanctuary Records," said Ocasek. "I am looking forward to working on many diverse projects including finding new music, producing, having my new label Inverse Records, and recording more of my own albums. I find Sanctuary to be a creative and adventurous haven for artists."