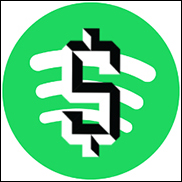 (Hypebot) – Spotify has gotten a lot of flak in recent months from music publishers and songwriters over unidentified and misidentified tracks leading to incorrectly paid or unpaid royalties. Today, Spotify pledged to fix the problem, while admitting that it will take some time.


Spotify is pledging significant resources to build a “comprehensive publishing administration system” that will get songwriters and music publishers paid more accurately and quickly.


"One of the most difficult challenges is the lack of accurate data as to who owns the rights to a specific track, especially when it comes to songwriter and publisher rights," James Duffett-Smith, Spotify's Global as Head of Publisher Relations wrote in a blog post. "In many cases, the ownership of the rights is not even finalized when a record is released; in many other cases, rights are held by multiple parties, rights change hands, and rightsholders remain entirely unclear."


"This is a global problem – outside the U.S., publishing rights organizations and collecting societies who receive royalties on behalf of songwriters and publishers face similar challenges," he continued. "And it is a complex problem – we are committed to solving it, but it is going to take significant time and effort."


In the meantime, Spotify is pledging to work with National Music Publishers Association (NMPA) and others in the music publishing community to properly pay the royalties they have set aside to publishers and songwriters.