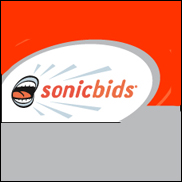 Sonicbids has laid off 9 of its 58 staff members. The cuts touched every department except Member Relations including some at the executive level. CEO Panos Pany insists he's just being prudent telling Hypebot that "the economic environment has definitely been taken into account, though so far it has not affected Sonicbids."

As for ongoing online criticism of Sonicbid's pay for the opportunity to perform program which drives much of the company's revenue, Panay replies "When you are successful, you get criticized. I understand this. But we believe in our business model, even as we are evolving it."

Over at eMusic 10% of the workforce was cut. Danny Stein, who chairs eMusic and runs parent JDS Capital told All Things Digital that retail partners like Best Buy and others that bundle eMusic with their products are reporting slower sales. But Stein says online traffic remains strong and eMusic will grow revenue 40% for the year. The future, however, is less rosy. “We are expecting to grow, but we’re going grow slower than we’d hoped” predicting somewhere in "double digits" next year. The search continues to replace CEO David Pakman who left to join Venrock, the Rockefeller family's venture capital arm.

Expect more cuts in the sector before Christmas.