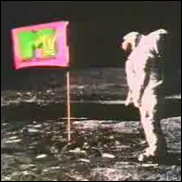 NEW YORK (Hypebot) – Yesterday MTV sent dozens of emails to the media including Hypebot inviting us to an "unprecedented global music event" (aka a conference call) today with the top network's top execs and the head of The Beatles' Apple Corp. I admit I was intrigued until rumors began to circulate that the announcement was really just that Fab Four were licensing content to MTV owned Harmonix video game Rock Band.

So if you want up to the minute coverage of this "unprecedented global music event" you'll have to look elsewhere. I'll write about it tomorrow, but I'm boycotting the event…OK I'm just not dialing in. I get a little tired of that every time the Fab Four farts somebody tries to turn it into an event. If John Lennon were alive he'd be calling the MTV PR department to complain too.

Here is the full text of the short announcement :

WHAT: Apple Corps Ltd. and MTV to announce an exclusive agreement to develop a global music project.