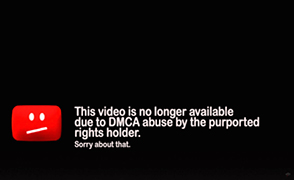 (Hypebot) – In a bizarre continuation of the court case that wouldn't die, the supreme court asked the White House to weigh in on whether the supreme court should hear the appeal on the infamous "dancing baby" court case and, although the White House agreed that the 9th Circuit's ruling was rife with legal error, it also feels that Supreme Court should keep its distance.

Sometimes I think purgatory must be filing a lawsuit over a wrongful DMCA takedown notice. I'm pretty sure that's how Stephanie Lenz feels. After all, she's been fighting against Universal Music issuing a bogus DMCA takedown against her dancing baby, and I'm pretty sure that "baby" will be graduating high school before too long. Last we'd checked in, the Supreme Court was debating hearing the appeal in the case, and had asked the White House to weigh in. The White House responded last month with a truly bizarre argument, agreeing that the 9th Circuit's ruling contained a "significant legal error" but said that this case was "not a suitable vehicle for correcting that mistake."

Whether it was for that reason or for no reason at all, the Supreme Court has now decided not to hear the appeal, meaning that the case is back (once again) in District Court, where it may actually go to trial to determine if Universal Music knew that the video was fair use when it issued the initial takedown.

As we've discussed time and time again, this particular case is an important one, if Section 512(f) of the DMCA — the part that says you cannot file bogus DMCA takedowns — is to have any teeth. The problem, right now is that there are piles upon piles of abusive DMCA takedowns, targeting all sorts of content that is perfectly legitimate and non-infringing. Yet, because there is basically no punishment for issuing such takedowns, they continue. Unfortunately, this particular case keeps coming out with "mixed bag" rulings that probably won't help very much in the long term. While we may have hoped that the Supreme Court would clear things up and make sure 512(f) actually does its job, it appears that's unlikely to happen any time soon.