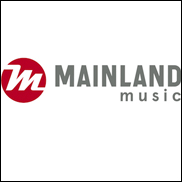 
MAINLAND MUSIC's main activity will be to promote shows everywhere in Switzerland with a focus on Zürich, Basel, Berne and the Lake of Geneva region.


Thanks to deals with 4 venues in Zürich (Komplex 457, Hafenkneipe, Eldorado, and a new 400 capacity club to be opened in April 2013), participation in the capital of Lausanne with promoter Sold Out Productions and 22 years experience in booking club and festival shows across the country, MAINLAND MUSIC will be able to offer more shows from small club to Arena level all over Switzerland.


In a joint press release the new company owners say “Our new structure will improve our ability to fulfil one of our main objectives which is to work with acts from their early days and contribute to the development of their live career step by step up to the biggest stages. We will also develop our activities on the festival scene, in particular with the following events with which we have formal working agreements: Open Air Gampel, St. Peter at Sunset Festival, M4Music, Open Air Val Lumnezia (together with Pleasure Productions), Metropop festival (through Sold Out Productions) and Loud Fest”.


MAINLAND MUSIC will have a strong presence on the whole Swiss territory as the five directors, assisted by four staff, will jointly run the company from 4 offices: in Basel, Lausanne and Winterthur and in Zürich where its main headquarters will be located.


MAINLAND MUSIC will also strengthen its roster of both Swiss and international acts for management and European bookings.


Together and under the same banner, the owners of the newly formed company intend to extend and improve the services they have been providing separately for more than two decades for acts such as Neil Young, The Wailers, MUSE, Cypress Hill, Franz Ferdinand, TOTO – to name only a few of the 2.500 acts they have worked with on over 8.000 shows.


The company’s provisional website is now online at: www.mainlandmusic.com