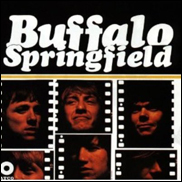 It was that kind of night. One of memories. Most aged bands try to pretend only the audience got old. They get plastic surgery, dye their hair, try to look like it's still the sixties or seventies when the audience has gray hair, pot bellies and bad backs. Aging is not pretty, but it's better than the alternative. A fate that has met two of the original members of Buffalo Springfield. They're dead.

So we journeyed up into the hills of Santa Barbara to a venue built as a WPA project that eclipses all those modern buildings sponsored by raping and pillaging corporations that pull their names when they get busted or go out of business. The Bowl has legroom. It's not that people were fatter in the thirties, quite the opposite, but back then it wasn't solely about the money. You didn't want to be squished in together with your brethren at an artistic event, you wanted to be able to spread out and enjoy it.

And one can enjoy even silence at the Santa Barbara County Bowl. The venue is just that spectacular. With surrounding greenery and a view of the Pacific… If all venues were this special the concert business would be flourishing.

Not that tickets were cheap. There's been some audience resistance. Do you really want to spend two hundred bucks to see an act whose material you don't really know? Oh, they knew the hit, they knew everything from "Retrospective", the greatest hits compilation we all went out and bought after devouring "Crosby, Stills & Nash" and needed more, and they played "Rock and Roll Woman" and "Mr. Soul" and "Broken Arrow" and "Bluebird" but the highlight was still…

But he sure can play.

But when he laid into the groove and Neil added the flourish it was like a six lane highway opened from 1968 to today. You could see who you once were without forgetting who you are today.

I saw the Buffalo Springfield. In '68. At Fordham University. With Arlo Guthrie and the Union Gap. Back when they were running on the fumes of their one hit, not long before they broke up.

History has been rewritten. At the time, Buffalo Springfield was a one hit wonder. It was only after the fact that we went back and realized how great, how meaningful their songs were.

And they're frozen in time. All there is is the sixties material. Still extant bands play the new stuff and pay lip service to the old, maybe do a medley, but these ancient songs are all Buffalo Springfield's got. So it's either embrace 'em or don't play 'em.

But they did not play 'em like they did back when. They did not play them like they had something to prove. You know, you know, when the band gets on stage and assaults you, tries to evidence their importance, tries to convince you they matter, usually by turning it up to the point where you can't even hear yourself think, never mind speak to your neighbor.

No, this was like some old friends got back together in the basement and you were lucky enough to be there. They were smiling and remembering not only when, but who they used to be.

Come on, you played in the basement. You saw the Beatles on TV and bought a guitar and an amp, maybe a drum kit, and put away the board games and after just a smidgen of practice called your buddies over to play, to form a band.


You played the Stones' "Last Time", because it was easy.

And you played that stinging note from "For What It's Worth". Because it was easy too.

But writing it was really hard.

Most people gave up playing. But some soldiered on. They came to Hollywood and formed bands. The concept that these cats could all be in the same act is mindboggling, the egos! But for a time they were.

And they tried to break through, but they just couldn't manage it, they broke up, after the hit, after the arguments, they just gave up trying.

It killed us when our favorite acts disintegrated, but musicians are always looking for the next situation, they want to grow, they don't want to entombed in the past.

But it can be a fun place to visit.

And at first they were a little bit rough.

But it was when Neil Young did a blistering "Mr. Soul" that everything locked into place.

And "I Am A Child" made us swoon. To be singing the words of who you once were not with shame, but irony.

And Neil was irreverent. Like we showed up at his house and it wasn't really a show.

But what truly brought the memories back was "Bluebird".

I prefer the version off the first James Gang album. But in any iteration, it's a killer.


Stills wailed. Neil joined in. They were making a racket. That's what bands used to do. If no one was telling you to turn it down, you weren't doing it right.

"There's something happening here
What it is ain't exactly clear"

This couplet runs through my head more than any other. Seemingly every single day. There's more happening than ever, what does it mean?

Lady GaGa is the toast of the town one week and then puts up a disastrous second week number and most of the press has moved on. Could it be that the press just doesn't count? Or record sales don't count? Or..?

We've got a political party that is all about the rich but gets the poor to align with it by pushing social issues. Huh?

We've got more innovation in tech than music. Steve Jobs is a bigger rock star than any musician. Musicians are just pawns in the game. Of Jimmy Iovine, Simon Cowell, Mark Burnett… Used to be musicians were only beholden to a higher power.

Even the oldsters. They just want to know where to sell out.

But not Neil Young. We love him because he never did it our way, never did it any way but his own. Sure, it's great he won't tie up with corporations, won't do ads, but you can't name a single act in the history of the business who broke through on soft music and then booked an arena tour and plugged in and played all new material shattering the audience's expectations, demolishing his mainstream career overnight.

And Richie Furay gave up. When do you do this? Buffalo Springfield, Poco, Souther/Hillman/Furay"…he was always close but never broke through, he became a minister and waited for the music to come back to him.

And Stephen Stills. Who practiced so hard and got so good that he almost didn't need anybody else, and told us, which made him look arrogant and negatively impacted his career, but he was really that good. The first solo was a disappointment after CSNY, but listen to it today and you'll be blown away. And that first Manassas album is an unheralded masterpiece.

And now it's all these years later.

Nobody over fifty can have a hit.

It's questionable if anybody over thirty can have a hit.

And what is a hit anyway?

You can chase the dream, sign a deal, make an album no one will buy, or you can retreat into the music.

Last night was about the music.

But really, it was about life.

We survived. We won. We're a bit worse for wear. But we still smile. We still laugh. And we still pony up to go to the show.

Because we remember when it was a tribal rite. When you had to listen to the radio to know which way the wind blew. When the only way you could communicate with your brethren was to buy a ticket and go to the show.

If you're old enough, you remember.

It was almost half a century ago. Way over forty years. In a world where you don't even want last year's cell phone. But back in those days music ruled the world.

Buffalo Springfield was just a little bit ahead of their time.

But now that time has come around again.

That's what happens if you don't shave edges, if you don't play by the man's rules, but your own. Neil Young still has his credibility. And on that basis we give Stephen Stills a pass, we invite him back into the club and are joyful at giving Richie Furay his due.

All these years later this music still matters.

We know this, but last night Buffalo Springfield reminded us.