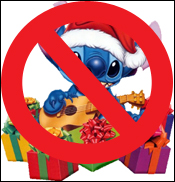 THE NORTH POLE (Hypebot) –
Any early holiday cheer that the music industry had been able to muster hit a brick wall this week.

When Circuit City filed for bankruptcy this week computer and consumer electronic manufacturers became the vendors most at risk. But the music industry did not escape unscathed with Coral Springs, FL one-stop Alliance Entertainment, which served as the music industry's conduit to all Circuit City stores, owed a whopping $15,799,974.

The debt is undoubtedly spread over many record labels with Alliance held responsible for payment. But if previous bankruptcy filings involving a middle man like Alliance are any guide, the major labels and many indies will be forced to right off some of the obligation.

It could not come at a worse time for an already reeling recording industry who, like all producers of consumer goods, were hoping for a strong holiday buying season. The economic meltdown, low consumer confidence and dire forecasts from retailers make that unlikely. "Since mid-September, rapid, seismic changes in consumer behavior have created the most difficult climate we've ever seen.," Best Buy Chief Executive Brad Anderson told investors.

Wall Street did not deliver any presents either, punishing the Warner Music Group with another 8% drop to $2.74 cents, an all time low. Digital giant The Orchard also followed the market downward with a 7.4% drop to $2.50. Despite a strong earnings report this week even Live Nation tumble 5% to $1.66 after two analysts questioned ticket sales forecasts.